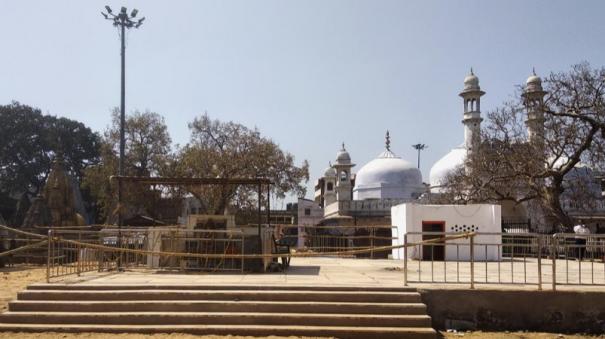 New Delhi: The All India Muslim Personal Law Board (AIMPLP) has said that it is not correct to say that there is a Shiva lingam inside the Gyanwapi Mosque in Varanasi. Its general secretary, Khalid Saifullah Rahmani, said it was an act of disruption to the country’s religious harmony.

In a statement, AIMBLP General Secretary Khalid Saifullah Rahmani said, “Qianwabi is a mosque. It will continue to be a mosque. Trying to call this a temple is nothing more than a conspiracy. It is also an attempt to disrupt religious harmony in the country. This is against the Constitution of India and its right.

A case was filed in the Varanasi court in 1937 on this issue. This was the case between Deen Mohammad and the Secretary of State. In this case, the verdict was based on the testimonies and documents. In it, it was stated that the entire Qianwabi complex now belongs to the mosque, within which the Islamists have every right to perform prayers.

The court then decided on the extent of the land for the temple and the mosque. At the same time, the court ruled that the existing Ozukana was the property of the Muslims. The Protection of Places of Worship Act 1991 was enacted during the tenure of former Prime Minister PV Narasimha Rao. Accordingly, it was determined that all places of worship would remain as they were on August 15, 1947, and that these should not be altered for any reason.

The Supreme Court’s ruling in the Babri Masjid appeal case in November 2019 confirmed that all places of worship in the country would be under the law. Based on this, the petition filed in the civil court of Varanasi should have been immediately dismissed by its judge. Instead, Ammanu was ordered to stand trial and for a field inspection inside the mosque. The ban was also sought in the Allahabad High Court and the Supreme Court on behalf of the mosque administration in defiance of the civil court order. These petitions are still pending.

In this case, the order of the civil court to seal the mosque to Ozukana is illegal. We did not expect this from the court at all. Many places of worship will have to change if we start to change all of them, not places of worship under the Security Act. Thus, a major problem will arise across the country.

This is because many temples have been converted into temples of Buddhism and Jainism. Many important sources for this are still visible to us today. Therefore, our All India Muslim Personal Law Board will fight against the injustice against Gyanwabi according to the law, ”he said.

Singarak Gauri Amman Darshan case is being held next to the Kasi Vishwanathar Temple in Varanasi, Uttar Pradesh. Varanasi Civil Court Judge Ravi Kumar Divakar, who is hearing the case, had ordered a field inspection inside the mosque.

In this, the Hindus claim that there is a Shiva lingam in the middle of Osukana which washes hands and feet before prayers. Proponents of her case have been working to make the actual transcript of this statement available online. The court granted the petitioners’ request and yesterday ordered the sealing of a portion of the mosque in Ozukana. This, in turn, is currently the subject of controversy.