Shocked mayor: ‘Some were able to leave their children just in time’ 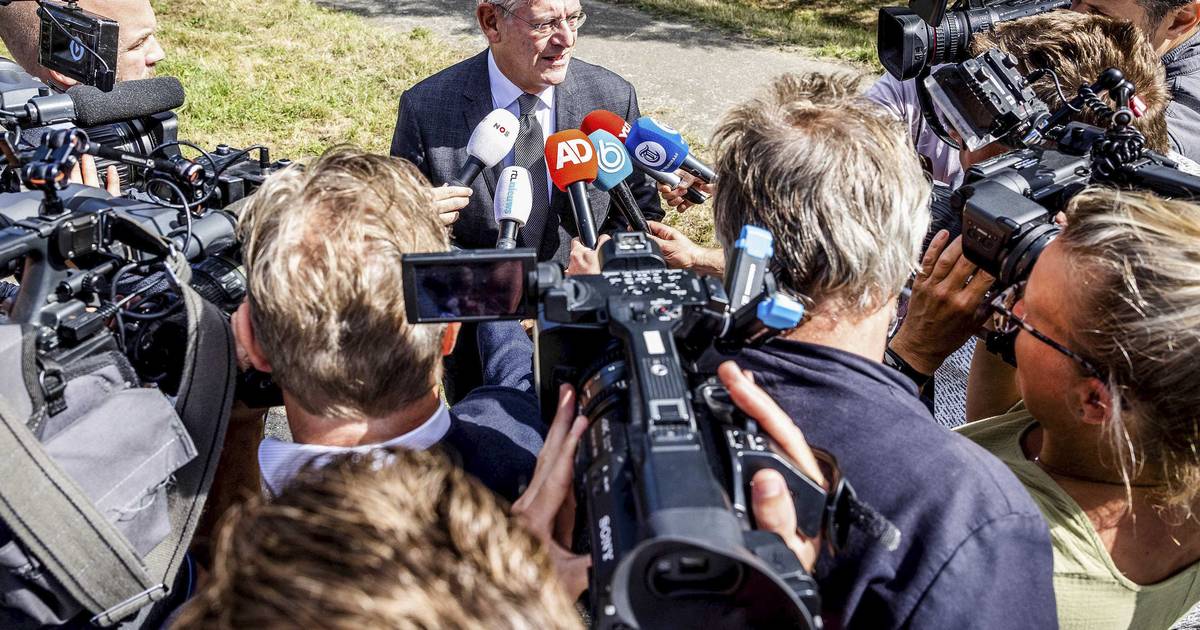 with videoThe truck drama in Nieuw-Beijerland, in which six people died on Saturday and seven people ended up in hospital, has left deep wounds in the village community. That said a clearly upset Charlie Aptroot, acting mayor of the municipality of Hoeksche Waard, during a press conference on Sunday evening.

Aptroot spoke to people in attendance earlier that day at the barbecue, which came to a brutal end when a truck ran off an embankment and ended up in the crowd. “People were hugging each other and crying. What they have seen is indescribable. I am impressed by the way people help each other. They are all having a hard time.”

According to Aptroot, about fifty people were present at the barbecue at the time of the drama. “Some have just been able to leave their children just in time. I also spoke to people who said: if we had been one meter away, we would not have been there. Our concern for these people is now paramount.”

Aptroot reported that he received a message of support from Mark Rutte on Saturday evening and said that the compassion of the Queen and Queen is also much appreciated. According to him, Monday will be discussed with three local representatives how a possible commemoration of the victims can be shaped.

The police confirmed during the press conference that the Spanish truck driver did not drink according to a breath test. Blood tests must provide a definitive answer. It should also show whether he had used drugs or medication. After the accident, he was transferred to the police station in Dordrecht. The examining magistrate will probably decide on Monday whether the truck driver’s pre-trial detention will be extended. He is accused of causing a fatal accident.

The police and the Public Prosecution Service are conducting an ‘in-depth investigation’ into the drama. Six people were killed and seven were injured, including children.

Watch all videos about the neighborhood party drama in Zuidzijde here: