Shoigu to the fighters of Azovstal: lay down their arms and release the civilians 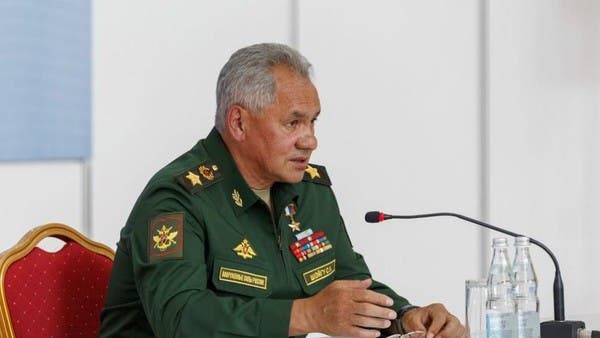 After a tight siege that lasted for weeks, Russian Defense Minister Sergei Shoigu confirmed today, Wednesday, that the Russian army is imposing full control over the city of Mariupol in southeastern Ukraine.

Shoigu explained that normal life is returning to its course in the areas from which the Ukrainian forces left in Lugansk and Donetsk, including in Mariupol.

“Lay down the gun”

He said that the Russian armed forces are continuing their special military operation, and along with the separatist Luhansk and Donetsk forces, are expanding control over the territories of the two “republics”.

He added that the Russian army will continue to implement all the military plans assigned to it by President Vladimir Putin.

In parallel, Shoigu warned that any NATO transport carrying weapons arriving in Ukraine would be treated as a military target.

The Russian Defense Minister stressed that the United States and its NATO allies continue to supply the Ukrainian forces with weapons.

In turn, the Russian Ministry of Defense announced the destruction of a number of American “howitzers” in Ukraine, noting that the Ukrainian fighters in Azovstal are besieged.

It added that its forces bombed 40 Ukrainian military targets, including 4 ammunition depots, in addition to shooting down 9 Ukrainian drones and 4 Smirch missiles.

It also confirmed the bombing of 6 railways used to supply the Ukrainian army with Western weapons.

The sprawling Azovstal industrial complex has turned its bunkers and tunnels into a haven for many Ukrainian civilians and fighters.

The United Nations and the International Committee of the Red Cross had coordinated an evacuation from the city, to remove women, children and the elderly from the steel plant, which began on April 29, and lasted five days.

“Thanks to this operation, 101 women, men, children and the elderly were finally able to leave the bunkers under the Azovstal steel complex and see sunlight after two months of siege,” said U.N. Relief Coordinator for Ukraine Osnat Lubrani.