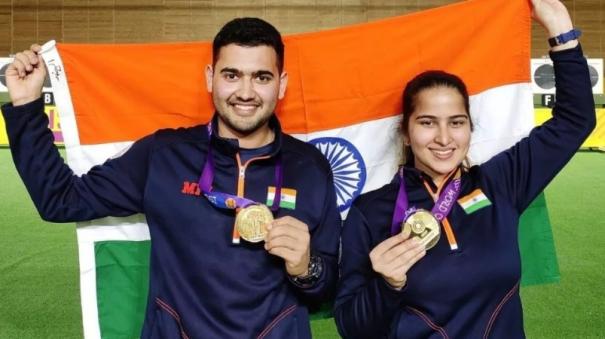 In this, the pair of Anish Banwala and Ritham Sangavan won the bronze medal with a score of 16-12. This is the 2nd time that Anish and Ritham have won a medal in the World Cup. The pair won gold in the same category at the World Cup held in Cairo last year. So far India has won 5 gold, 5 silver and 4 bronze medals in Changwon World Cup series.