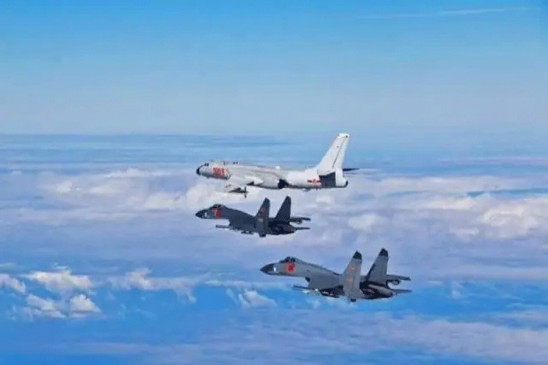 Digital Desk, Beijing. China sent 39 fighter planes towards Taiwan in a show of strength on Saturday. This is China’s second major show of power in two days. China claims Taiwan. The Communist Party celebrated the 72nd anniversary of its rule on Friday. After the civil war, the two parted ways in 1949; ‘Communist’ supporters occupied China and its rival ‘Nationalist’ supporters formed the government in Taiwan.

“China has always taken brutal and ruthless actions that endanger regional peace,” Taiwanese Prime Minister Su Seng Chang said on Saturday after Chinese fighter jets took off on Friday at a science park in southern Taiwan. Said this in the opening ceremony.

Taiwan’s Defense Ministry said in a statement that 39 aircraft entered Taiwan’s air defense area twice in the morning and at night. China had similarly sent 38 aircraft to the southern part of the self-governing island on Friday. China has been continuously sending military aircraft to the south of Taiwan for more than a year. The Defense Ministry said that on Saturday, 20 fighter jets flew towards Taiwan during the day and 19 at night. According to the ministry, most of these aircraft were J-17 and AU-30 fighter aircraft.