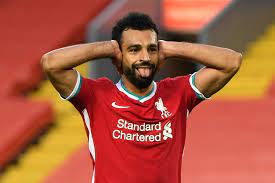 International media published statements from British Finance Minister Kwasi Kwating, in which he stated that the British government decided to unify the tax brackets at 40% for high-income, and to cancel the upper limit of income tax, which was 45%, which means that Mohamed Salah, the star and scorer of the Liverpool team, will receive a leap. A big salary from the English club, and the same applies to Cristiano Ronaldo.

And the British newspaper, “The Times”, confirmed that, based on the statements of the British Finance Minister, that the average amount that Premier League players receive is 4 million pounds annually, after tax, but this number will rise against the background of tax cuts.

Given this decision and its application to the English Premier League players, Ronaldo, along with Salah, who is considered the most paid player in Liverpool, will be the biggest beneficiaries of the British Finance Ministry’s decision, as the two receive approximately 400,000 pounds per week.

When this decision is expected at the beginning of April 2023, Cristiano Ronaldo will receive an additional 1.3 million pounds annually after the British government’s decision to reduce income tax on high-paid people starting from April 2023.

And the media reported that there is a study conducted by the “EY” accounting company, in which it was found that Premier League players paid 1.4 billion pounds in taxes during the 2019-2020 season, and thus the players’ salaries would increase by about 240 thousand pounds annually, after reducing taxes, which will make the league The English Premier League is the most attractive destination for foreign talent due to the high salaries there.