Signing agreements to shoot Saudi and Hollywood films in Al-Ula 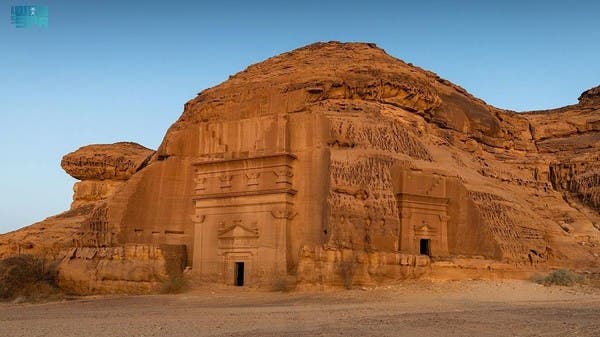 
After the great success achieved with the new American movie Cherry, where parts of it were filmed in Al-Ula and the capital, Riyadh, in an experiment that is considered the first to shoot a Hollywood movie inside the Kingdom, the “Al-Ula Film” department of the Royal Commission for Al-Ula Governorate continues to attract more Saudi films. And international film production in the province, by providing all logistical facilities in support of film production.

The interest of film and television production companies in photography in Saudi Arabia has grown since the launch of the tourist visa, as a large number of these companies have carried out visits to Al-Ula and several Saudi regions to explore the various untapped filming locations that provide new and unique spaces for cinematic or television visual expression.

In addition, the administration of “Al-Ula Film” revealed that it had signed an agreement to shoot a second American movie in the province, directed and starring a group of Hollywood stars, in addition to its agreement to shoot two other Saudi films, namely “Between the Sands” by Muhammad Al-Atawi and “Noura” by director Tawfiq. Al-Zaydi, two of the Saudi films winning the Light Support Film Competition, are fully funded by the Film Authority of the Ministry of Culture, in addition to coordinating with the “Al-Ula Film” department to provide all requirements for filming the two films in Al-Ula Governorate. According to the Middle East.

In attracting filmmakers around the world, Al-Ula Film management relies on the governorate’s attractions that make it on the map of the best film shooting locations in the world, in order to establish Al-Ula as an international filming destination, and to establish a suitable infrastructure for the film industry in northwestern Saudi Arabia.

In addition to its heritage and civilization depth dating back to more than 200,000 years of human history and 7,000 years of successive civilizations, Al-Ula has a unique diversity of terrain that extends over more than 22,500 km, from charming valleys in which sandstone mixes with golden sands with black volcanic rocks, And amazing rock formations created by wind and water over millions of years. It also owns villages, farms and cities with their old and modern buildings in the province, and hotel infrastructure, which provides various options for filmmakers.

The “Al-Ula Film” department works to support and stimulate local film productions, in partnership with government agencies, based on the authority’s endeavor to contribute to achieving Saudi Vision 2030. Supporting and empowering national talents in the film industry.

The Film Authority and the “Al-Ula Film” management are also seeking, through their strategic partnership, to create and develop a sustainable film industry in the northwest of the Kingdom, through internal investment, attract international, regional, television and documentaries to shoot in Al-Ula, and develop local and regional businesses to serve the cinema sector, as well as hiring And train local talent, create jobs in the film sector and create an industrial value chain across the region as part of the right ecosystem for the film industry.

Big blow to Akhilesh Yadav before UP elections, badly backward in this matter

Post what you want .. Kirti Suresh seems to be with the right partner

Phone to relatives that her husband died in her sleep … discolored body, shocking to inquire

Did Sonia-Rahul get the corona vaccine or not? Congress gave the answer to the question of BJP

This is my husband’s character .. Married for ten years .. Shyamala shocking comments on sexual allegations, arrest

Murashko gave recommendations on vaccination against COVID-19 before vacation