Simeone on the honorary pass: We respect our fans more than Real Madrid 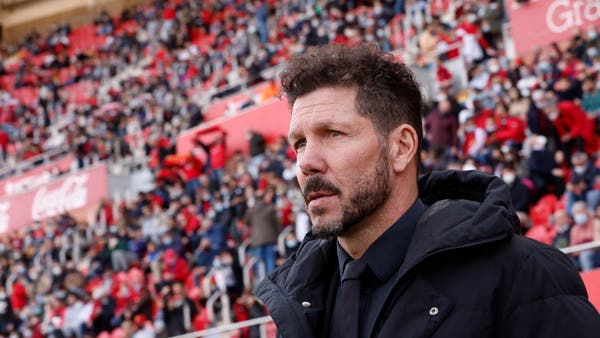 Atletico Madrid coach Diego Simeone has ruled out standing in an honorary corridor in honor of his guest, Real Madrid, who recently won the Spanish First Division title, before the confrontation between the two teams at Wanda Metropolitano stadium later on Sunday.

Last week, Real Madrid won the Spanish League title for the 35th time, enhancing its record in the number of coronation times after beating Espanyol, and it is customary in Spain for the opposing team to stand in the next match to salute the hero before the match.

But Simeone said his team, out of respect for the sentiments of their fans, would not stand in a corridor of honor to salute the champion in Sunday’s game.

Simeone told reporters: “I don’t know if this applies to other tournaments around the world.” Societies are different.. For example, this is not known in my country. We respect Real Madrid, but we respect our fans more.

Atlético Madrid occupies fourth place, the last qualifying place for the Champions League next season, with 61 points, three points behind Sevilla, who is in third place.

Real Madrid coach Carlo Ancelotti, who led his team to the Champions League final after a fantastic comeback, said he was not angry at Simeone’s decision.

The veteran Italian coach added: “Atletico Madrid is a team we respect a lot, and it is our neighbor and friend.” I respect his players, his fans and his coach a lot. If they do that, it’s fine, and if they don’t, it’s okay. We respect their decision whatever it is.