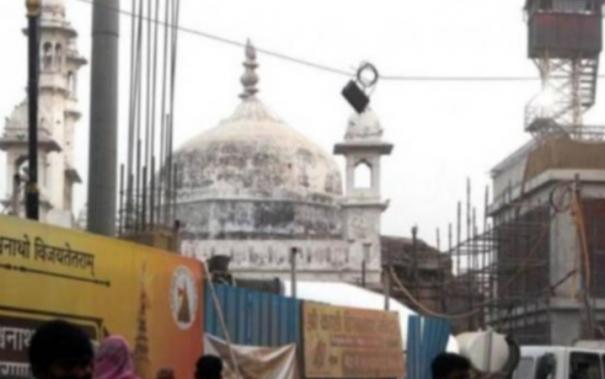 New Delhi: A case has been filed in the Gorimavatta Civil Court seeking an order to pay a daily visit to Goddess Singara Gauri at the Kasi Vishwanathar Temple in Varanasi, Uttar Pradesh. In this case, the court-appointed team began a field inspection inside the Gyanwapi Mosque adjacent to the temple.

The field study, led by the group’s commissioner senior lawyer Ajay Kumar Misra, had 36 observers on behalf of all parties. The field survey was conducted last Friday for about 4 hours without any interruption.

Anjuman Indajamiya, the mosque’s administrator, abruptly objected to the inspection the next day, Saturday. Thus, Commissioner Ajay Mishra, who went inside the mosque, returned immediately. He complained that the mosque administration had closed the inner gate to prevent it from being inspected. The police who were on guard there did not cooperate with the inspection team.

In this context, a new petition was filed on behalf of the Anjuman Indajamiya Mosque Committee to the District Civil Court Judge Ravi Kumar Divakar, who is hearing the case.

In it, ” Commissioner Ajay Misra’s field study is biased. Therefore, another commissioner should be appointed to replace Ajay Mishra. ”

Refusing to accept it, Judge Divakar adjourned the case till Monday, May 9 (today). The decision is expected to be taken today after an inquiry by the commissioner and the petitioner side of the case.

The statue of Singara Gauri Amman is located on the outer wall of the Gyanwapi Mosque complex. It can be visited only once a year as it was in the Mukti Mandapam of the Kasi Vishwanathar Temple. In this situation, they were asking for permission to visit the goddess every day. However, the demolition of the Ayodhya Babri Masjid was banned in 1991. Demanding to remove that barrier, become the last. The petition was filed on May 18, 2012 by 5 women residing in Delhi.

In this case, the court had on April 8 last month ordered a field study with video recordings on the structure of the Singara Gauri Amman temple. Senior lawyers representing Hindus and Muslims were also present during the field study. They are the ones who argued in the Supreme Court in the Ram Temple-Babri Masjid case. AIMIM party leader MP Asaduddin Owaisi said yesterday that “field research is illegal.”