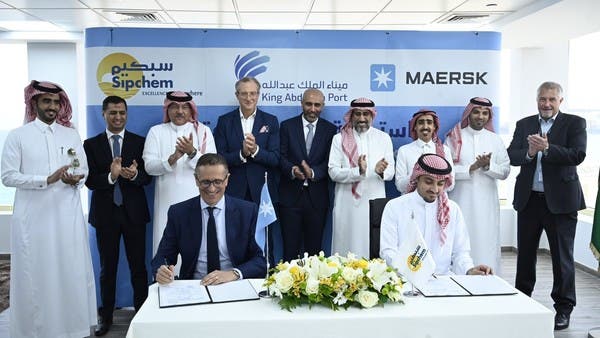 Sahara International Petrochemical Company (Sipchem) announced that it has signed an agreement with A.P. Muller Maersk in Saudi Arabia to provide integrated logistics solutions, including marine transport and warehousing through the Integrated Logistics Zone in King Abdullah Port.

The company said in a statement that, through this agreement, it will export its products to international markets, adding that this agreement aims to strengthen its strategic position among petrochemical producers, enabling it to market its products around the world in a faster time and at a lower cost.

She stated that the signing of the agreement reflects its position and main role in contributing to the growth of the national economy and keeping pace with the expansion of Saudi exports, which is one of its main objectives.

This agreement represents one of the company’s strategies to develop and raise the level of commercial performance, by opening new channels to reach global markets in general and neighboring markets in Europe and Africa in particular.