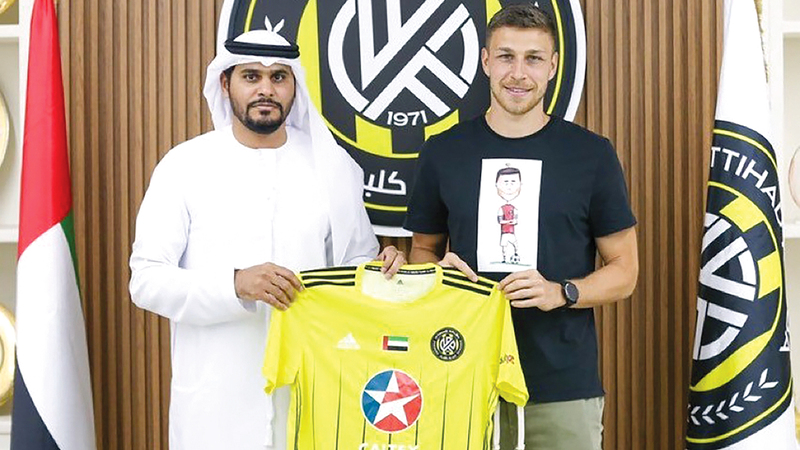 Ittihad Kalba Football Company announced its contract with the Slovak player Philip Cage, to represent the first team of the Tigers in the next season of the ADNOC Professional League, after the end of his contract with the Saudi Ettifaq Club, in the first official contract for the Kalba Union team in the current summer transfer period.

The club said through its official account on “Twitter”: “The player was presented in the presence of a member of the Kalba Football Federation and the supervisor of the first team, Muhammad Abdullah Al-Zaabi.”