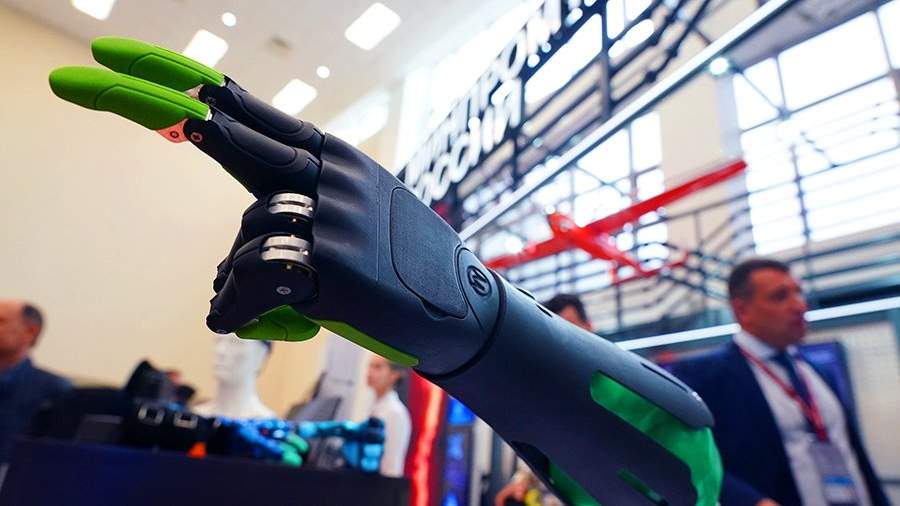 Russian scientists have created an innovative hand prosthesis capable of relieving a person who has lost his hand from phantom pains. On September 5, Yury Matvienko, head of the invasive research project at Motorika, spoke about the development as part of the Eastern Economic Forum (EEF).

Matvienko showed the robotic arm and listed the main stages of the work of the prosthesis.

“First of all, we relieve a person of phantom pain by stimulating the peripheral nervous system. The person does not feel pain. We also select such impulses in which a person feels various feelings: tingling, goosebumps, a slight electrical impulse, ”he said.

Matvienko also said that specialists produce stimulation and select various parameters, for example, the feeling of clenching a hand into a fist.

“The development layout shows a system of an electrode that is implanted directly on the nerves, sensors that are installed on the prosthesis, these green sensors. And the software that is being developed to control the prosthesis and various gestures,” the project leader emphasized.

Taking an object in hand, he added, a person can feel various sizes with his phantom hand, this shows how strongly the innovative prosthesis can be clenched into a fist.

As Matvienko concluded, the study used an eye mask and headphones so that a person could not hear the sounds of motors, and with his eyes closed through the prosthesis, he could determine different sizes, as well as whether a hard or soft thing is in his robotic arm.

Prior to that, on July 11, Andrey Nikitin, Governor of the Novgorod Region, visited the branch of JSC Scientific and Production Corporation Precision Instrumentation Systems to talk about the development of a smart hip prosthesis.

Smart prosthesis can be configured using a remote control and activate additional modes of operation.