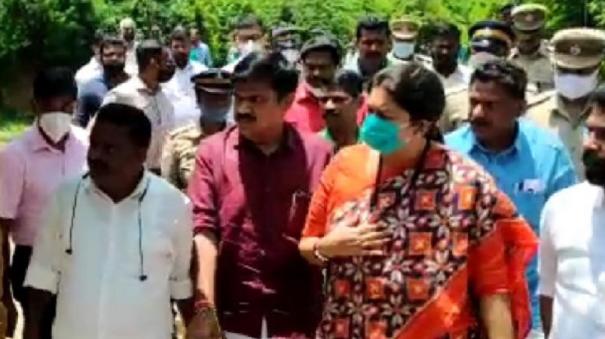 Former Congress leader Rahul Gandhi is the Wayanad Lok Sabha MP for Kerala. In this context, one of the BJP leaders, Union Minister for Women and Child Development Smriti Irani visited Wayanad district yesterday and today.

Speaking at a meeting of BJP executives. In the last Lok Sabha elections, Rahul contested from two constituencies, Amethi and Wayanad. Rahul, who won in Wayanad, lost to his rival Smriti Irani in Amethi constituency. In this context, Smriti Irani’s tour of the Wayanad constituency has sparked political speculation.