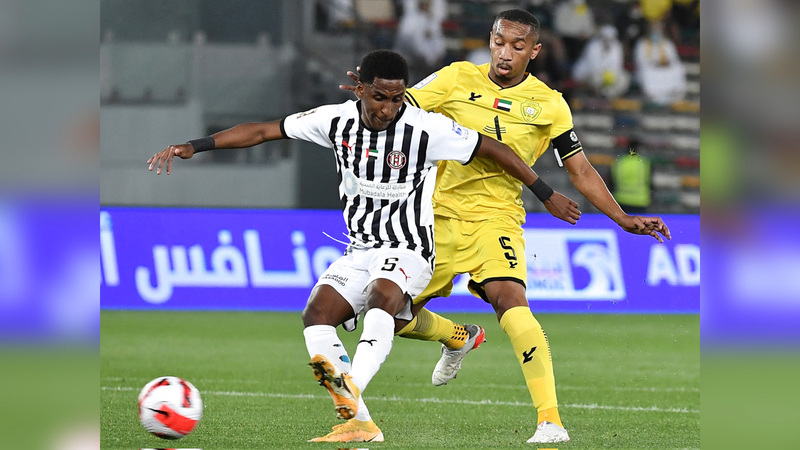 Ahmed Al Attas led Al Jazira to achieve “Remontada” in front of Al Wasl after making two goals, so that the defending champion beat the “Emperor” by three goals to two, yesterday, at Zayed Sports City Stadium in Abu Dhabi, at the conclusion of the first round matches of the ADNOC Professional League, to raise the “Pride of Abu Dhabi” tally. To 23 points, the balance of the “Panthers” stops at 17 points.

And Al-Attas, who joined the team, starred, the day before yesterday, in eliminating the most dangerous opportunity in the match in favor of Al-Wasl to settle the match from a shot by Michel Araujo, before the young striker made the second and third goals for Al-Jazira.

Al-Jazira dominated the game in the first 15 minutes of the first half, and Al-Attas almost scored the first goal when he hit a powerful ball from outside the penalty area, which was blocked by Al-Wasl goalkeeper Muhammad Ali and took the ball to a corner kick (5).

Al-Jazira’s pressure on Al-Wasl defense contributed to Khalifa Al Hammadi scoring the first goal for “Abu Dhabi Pride” after Abdullah Ramadan played a cross that rebounded from Brazilian Adilson da Silva and reached Al Hammadi, who hit the goal with a strong ball (13).

And the Brazilian Joao Victor almost added the second goal when he received a beautiful ball from Abdullah Ramadan, and Victor, Al-Wasl defender, dribbled the Nigerian Muftau Olabi, but Victor’s shot was blocked by Al-Wasl goalkeeper (24).

For his part, the “Panthers” entered the atmosphere of the meeting after 25 minutes, and Uruguayan Michel Araujo scored the equalizer when Fabio Lima played a through ball behind the defenders of Al Jazira, and Araujo was alone with goalkeeper Ali Khaseef and hit the ball in the goal (38).

As for the second half, it witnessed a strong start from Al Wasl after Ali Saleh added the second goal after 45 seconds when he received a ball from Araujo and Saleh hit the ball skillfully to the left of Ali Khaseef in the goal (46), while the “Panthers” almost scored the third goal, but Ahmed Al-Attas was farther The ball before it crosses the goal line by Araujo’s shot.

At a time when Al-Wasl excelled from all sides, Ahmed Al-Attas made two goals for Al-Jazeera, the first from a pass, Malian Abdullah Diaby scored the second goal from a ball he shot from outside the penalty area (71), and in the same way to Ahmed Fawzy, who scored the third goal with a great shot (80). The match ended with the victory of the island.