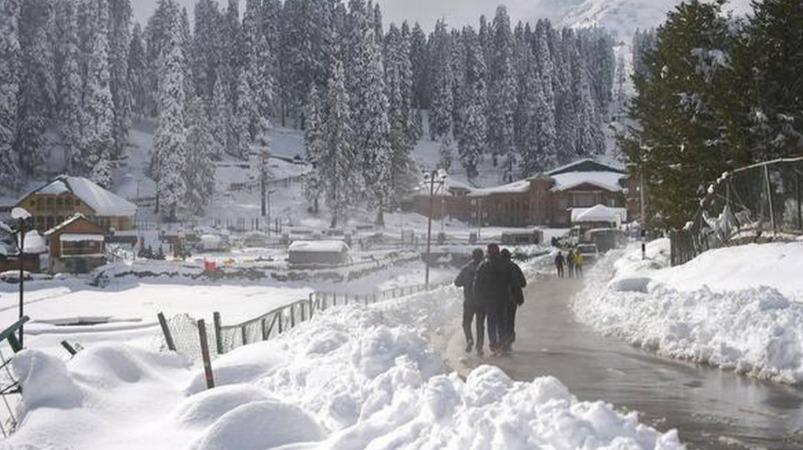 Srinagar: In Kashmir Snowfall Due to this the Jammu-Srinagar National Highway was closed. Helicopter service to Vaishnavi Devi Temple has been canceled due to inclement weather.

As a result, lorries were parked at various points along the highway. More than 100 lorries are parked between Chandrakot and Ramsu. Work is underway to remove stones and dirt from the roads and resume traffic.

Also, the helicopter service to Vaishnavi Devi Temple has been canceled due to bad weather. However, officials said the pilgrimage would continue by road. A landslide occurred on the new road leading to the Vaishnavi Devi Temple at around 5 am yesterday, however, and the road was cleared of debris and the road was opened to pilgrims. Snowfall Authorities also said the ground was covered with up to 1 foot of snow.