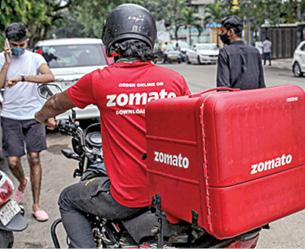 Salil Tripathi, who was working as a food delivery person at Somato, was killed in a road accident on Saturday night last week. In this case, his family will be provided with the necessary assistance and will arrange work for his wife Somato CEO of the company Deepinder Goyal Said.

Salil Tripathi, 38, of Delhi Somato He was involved in the distribution of food in the company. In this case, last week, he was waiting on his two-wheeler for food delivery near a hospital in Rohini, Delhi. Then an SUV collided with him. He died on the spot.

A constable of the Delhi Police has been driving the car under the influence of alcohol. The Delhi Police registered a case against him and arrested him.

In this case, the necessary assistance to the family of Salil Tripathi Somato The CEO of the company announced on his Twitter page that he will.

Somato employees collect money from colleagues and donate Rs 12 lakh to Salil Tripathi’s family. He also said that Rs 10 lakh is to be paid as compensation.

Salil Tripathi has an elderly mother, wife Sucheta and a ten-year-old son. The family operated on his income. His family is facing a crisis as he has passed away. In this case, he would arrange work for his wife Somato The CEO announced.

Many people from all over the country have been providing financial assistance to the Salil Tripathi family. Salil Tripathi’s relative said that so far Rs 8 lakh has been received as cash assistance.