No Result
View All Result
Latest News
A raccoon climbed into a store in Krasnodar and got on video 30/07/2021
Saudi Arabia opens its doors to tourists starting from this date 30/07/2021
Magaly Medina excited by Alfredo Zambrano’s concert on the island of Croatia 30/07/2021
Industrial production index rose in Lipetsk region 30/07/2021
Anne Hathaway celebrates 20 years of The Princess Diaries: “Miracles Happen” 30/07/2021
Next
Prev
Home Featured

Some stories in the game: Serena’s dress that impressed the fans 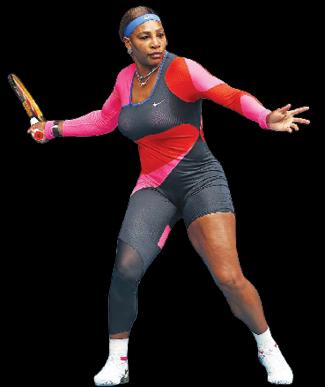 The dress worn by Serena Williams at the Australian Open tennis tournament impressed everyone. Tennis players usually wear short skirts. But at this year’s Australian Open tennis tournament, Serena Williams wore shorts on one leg and pants on the other leg. Like Serena’s game, her style of dress was well received by tennis fans.

When asked by reporters about this different style of dress, he said, “It is nothing new in the sports world to dress like this. A few years ago, Florence Griffith Joiner wore a similar outfit. Renowned athlete and Olympic medalist, he is also known for wearing different outfits. I really like the clothes he wore as a child. Back then I really wanted to dress like him. That dream has now come true. I innovated one of the clothes he wore and used it at this Australian Open tennis tournament. I did not expect it to attract so many fans. ”

Taliban behead an Afghan translator who worked with the US military

Uttar Pradesh Election 2022: NCP came with SP to stop the winning chariot of BJP, made this big announcement

Attempt to attack Saudi port; The boat carrying the explosives was wrecked