No Result
View All Result
Latest News
Removal of liquor stores on national highways: Nitin Gadkari Info 26/07/2021
Gold at age 13: Unreal Japanese girl on skateboarding 26/07/2021
The EU warned of the danger of a “loneliness pandemic” 26/07/2021
Kerala Government’s sensational decision .. Employees have to do that work immediately after marriage 26/07/2021
Rafo Raéz returns to the stage with a special show prior to National Holidays 26/07/2021
Next
Prev
Home Featured

Some Stories of Sports: Tennis Half; Modeling half 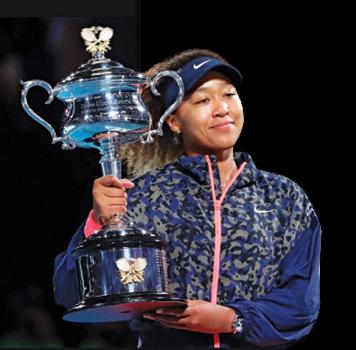 
Naomi Osaka, who was crowned champion at the Australian Open tennis tournament last week, is from Japan but grew up and trained all over the United States. Osaka’s mother is from Japan and father is from Haiti.

His father, Leonard Fran்கois, started coaching him tennis when he was 3 years old in Osaka. Realizing that Osaka had a great future in the sport, he later added Osaka to coach Wim Fissett. Notably, Wim Fissett coached athletes such as Simona Halep, Kim Clijsters and Angelique Gerber.

In 2018, Osaka won his first Grand Slam (US Open) title in his 20s. She defeated American Serena Williams in the final of the series.

She has participated in many modeling shows. Last year, she wore masks designed with her sister during the US Open tennis tournament. Each of these shields had the name of a victim of racism in the United States.

Kerala Government’s sensational decision .. Employees have to do that work immediately after marriage

The next twist in Manipur; Congress leader resigns?

Sardar’s coronation: Navjot Singh Sidhu will take over the command of Punjab Congress in a while, Captain Amarinder will also be present

The number one golfer withdrew from the Olympics

The lawyer named a way to return the borrowed money