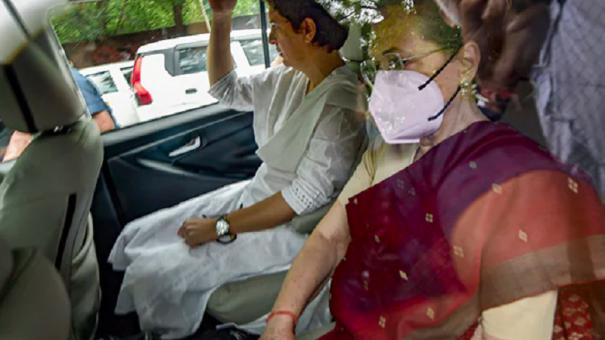 New Delhi: Sources in the Enforcement Department said that Congress president Sonia Gandhi is fully cooperating with the investigation in the National Herald case and hence the investigation against her can be completed today.

There were allegations of financial irregularities in Young India’s acquisition of shares in AJL, which runs the National Herald. In this regard, the enforcement department has already completed the investigation of Rahul, a partner of Young India Company.

More than 70 questions have been asked to Sonia Gandhi, who appeared in the National Herald case in the last two days in the enforcement department. A total of 8 hours of investigation has been held on both days. Sources in the Enforcement Directorate said that Sonia Gandhi responded promptly and was fully cooperative. Earlier Congress M.P. Rahul Gandhi was questioned. He was asked 150 questions in 5 days.

In this case, Sonia Gandhi is appearing for the investigation today for the third day. Her daughter Priyanka Gandhi accompanied Sonia for the first two days. A medical team was also kept ready at the inquiry office.