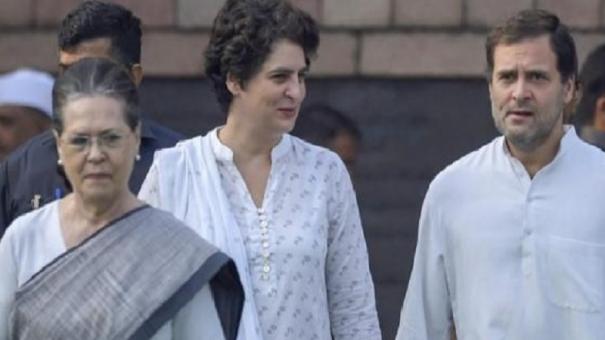 Rajya Sabha member and party general secretary Jairam Ramech has issued a statement in this regard.

In the statement he said that Congress president Sonia Gandhi is going abroad for medical tests. He will also visit his mother before returning to Delhi. Rahul Gandhi and Priyanka Gandhi Vadra are also accompanying Sonia.

Sharing a statement I have just issued to the media pic.twitter.com/TgeF4U4feP

It has been reported that Rahul Gandhi will inaugurate the Congress rally on September 4.
However in that statement when they depart. There are no details on when they will return to India.

The President’s House, which released a photo of the meeting between the two, said it was a courtesy meeting. Congress President Sonia Gandhi was recently in hospital due to Corona infection. It is worth noting that he met President Murmu in the current state of infection.