Sonia, Rahul in the position of permanent executives of the Congress party? – Implementation Working Committee decision 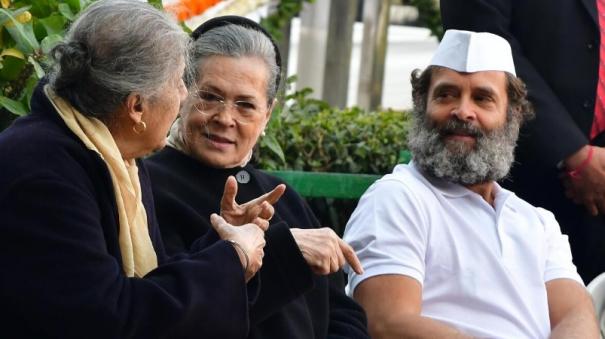 New Delhi: It seems that it has been decided to appoint Sonia Gandhi and Rahul as permanent executives of the Congress party. It is expected that the working committee of the party will soon implement the action plans for this.

Rahul Gandhi resigned from the post of Congress President due to his defeat in the 2019 Lok Sabha elections. Subsequently, Sonia Gandhi was holding the post of interim president of the party.

In this case, Mallikarjuna Kharge from Karnataka was selected as the new leader of the party in the presidential election held last year.

In this case, it seems that the party’s working committee has decided to appoint Sonia Gandhi and Rahul as permanent executives of the Congress party.

The party high command has decided to hold the All India Congress of the Congress Party in Raipur from February 24 to 26. During this conference it was decided to extend Kharge as the party president for the next 5 years.

Also, it seems that it has been decided to conduct the working committee election during this conference. Sonia and Rahul cannot be expected to contest this internal party election.

At the same time, key members of Sonia Gandhi’s family remain key members of the party even though they are out of the post of All India Congress party president.

It seems that important decisions of the party are taken by consulting them in their position as top leaders.

Regarding the conference, All India General Secretary (Organization) of the party KC Venugopal said, “Politics, economy, international affairs, agriculture and farmers, social justice and empowerment, youth education and employment will be discussed in this 3-day conference. An announcement about the election of the working committee will also be made at that time. After the party formulates its strategy on these issues, the conference resolutions will be published,” he said.