WorldSources: "Taliban" leaders in a state of coup in the presidential palace
World

Sources: “Taliban” leaders in a state of coup in the presidential palace 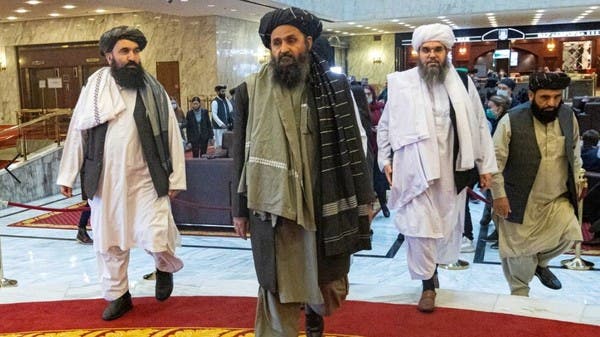 “BBC” quoted high-ranking officials in the “Taliban” movement that a major dispute broke out between the leaders of the movement over the composition of the new government.

Officials told the BBC that an altercation between the group’s co-founder, Mullah Abdul Ghani Baradar, and a member of the cabinet, took place at the presidential palace in Kabul last weekend.

There have been unconfirmed reports of rifts within the Taliban leadership since Baradar disappeared from public exposure in recent days.

A Taliban source told BBC Pashto that Baradar and Khalil-ur-Rehman Haqqani, the minister for refugee affairs and a prominent figure in the hardline Haqqani network, exchanged strong words while their followers quarreled nearby.

The sources said that the altercation broke out because Prader, the new deputy prime minister, is not satisfied with the make-up of the interim government. The disagreement was said to stem from divisions over who should be credited with the Taliban’s victory in Afghanistan.

According to the information, Barader believes the focus should be on diplomacy by people like him, while members of the Haqqani group, which is run by a senior Taliban figure – and their backers, say this has been achieved through the fighting.

Baradar was the first Taliban leader to communicate directly with a US president, having a phone conversation with Donald Trump in 2020. Prior to that, he signed the Doha Agreement on the withdrawal of US forces on behalf of the Taliban.

The powerful Haqqani network is linked to some of the most violent attacks in Afghanistan against Afghan forces and their Western allies in recent years. The United States classifies the group as a terrorist organization, and its leader, Sirajuddin Haqqani, is the interior minister in the new government.

Rumors have swirled about the fallout from the crisis since late last week, when Barader – one of the Taliban’s most famous faces – disappeared from view. There has been speculation on social media that he may have died.

Taliban sources told the BBC that Baradar left Kabul and traveled to the city of Kandahar after the dispute.

In an audio recording purportedly of Baradar released on Monday, the Taliban co-founder said he was “away on a business trip”. “Wherever you are at the moment, we are all fine,” he said.

The BBC was unable to verify the recording, which was posted on a number of Taliban official websites.

The Taliban maintained that there was no controversy and that Prader was safe, but they issued conflicting statements about what he is currently doing. A spokesman said Baradar had gone to Kandahar to meet the Taliban’s supreme leader, but later told the BBC’s Pashto that he was “tired and wanted some rest”.

Many Afghans will feel they have good reason to doubt the Taliban’s word. In 2015, the group admitted to covering up the death of its founding leader Mullah Omar for more than two years, during which time they continued to issue statements in his name.

Sources said that Brader is expected to return to Kabul and may appear in front of the camera to deny any controversy.