South Africa were bowled out for 151 in the 2nd Test 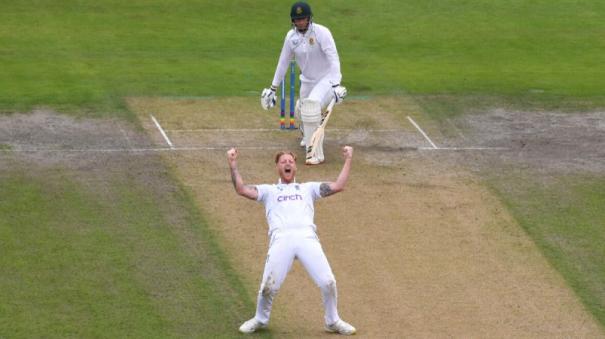 Manchester: South Africa were bowled out for 151 runs in the 2nd Test match against England.

The South African team was bowled out for 151 runs in 53.2 overs with Henrik Nordge off 10 off Ally Robinson and Rabada off 36 off Jake Leach. James Anderson 3, Stuart Broad 3, Ben Stokes 2 wickets for England team.

England fast bowler James Anderson became the first player to play 100 Tests in his home country with his debut in the 2nd Test against South Africa. In this category, Sachin has played 94 Test matches in India and is at the 2nd position. Anderson, who made his Test debut in 2003, has played 174 matches so far.