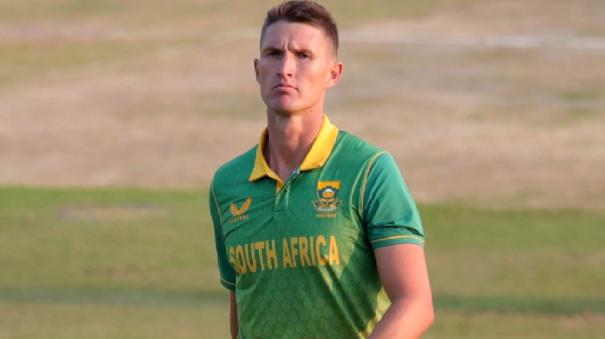 Johannesburg: South African all-rounder Dwayne Pretorius has announced his retirement from all international cricket to focus on professional T20 cricket.

Dwayne Pretorius says, “I have decided to retire from all forms of international cricket. From now on I will focus on professional T20 leagues and other shorter forms of cricket,” he said.

Dwayne Pretorius took 9 wickets in the 2021 T20 World Cup series held in the United Arab Emirates. He scored 261 runs with the bat at a strike rate of 164.15. Dwayne Pretorius is currently playing in T20 leagues in various parts of the world. Dwayne Pretorius has played for Chennai Super Kings in IPL, Welsh Fire in The Hundred, Durban Super Giants in CPL and SA20.