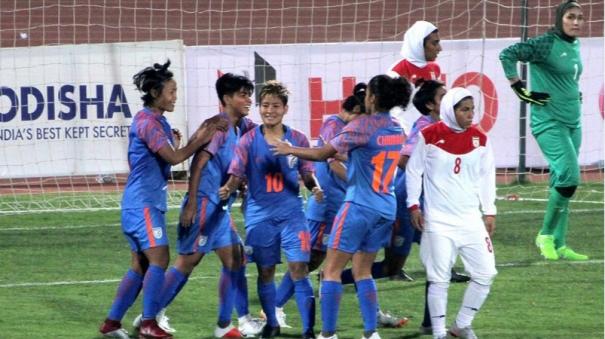 The Pakistani players tried hard to score but the Indian players successfully blocked it.