Southgate: Playing without an audience ’embarrassing’ 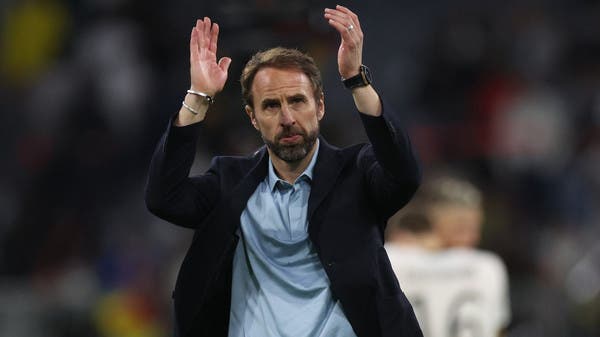 England coach Gareth Southgate admitted that facing Italy in the UEFA Nations League in an almost empty stadium in “Molino” next Saturday, is an embarrassment.

And the British news agency (PA Media) reported that the English Football Association received a penalty for not attending the fans for two matches, with a suspension in one match, after the behavior of its fans in the European Nations Cup “Euro 2020” final last summer at Wembley Stadium.

About 3,000 people will be present in the stadium, most of them are students under the age of 14, according to the rules of “UEFA”, which allow free admission for children in matches where fans are not present.

“If it’s an embarrassment, it will be for England as a country,” Southgate said. “For a lot of the troublemakers, I’m not sure if they’re football fans, we’ve talked enough about it, we talked about it after the final and when the sanction came.”

He explained: “What I will say is that the vast majority of our fans who traveled to Germany (the match against Germany ended in a 1-1 draw at Allianz Arena last Tuesday) behaved wonderfully, I thank them a lot, because perhaps there was a view of our fans differently, but there is a large majority You behaved beautifully.”