Sovereignty Al-Sudani: We formed a committee to communicate with all parties 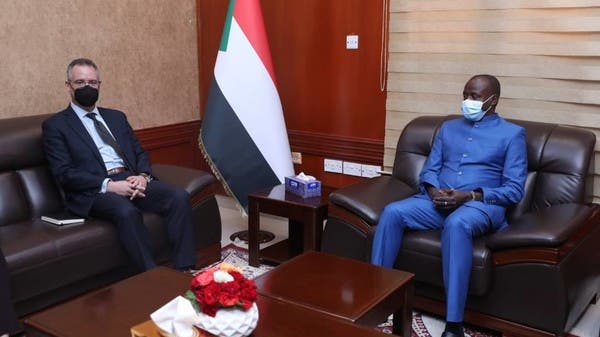 As the UN mission continues its efforts to reach a solution to the political crisis in Sudan, the Sovereignty Council announced today, Tuesday, the formation of a committee to communicate with all political components.

Member of the Sovereign Council, Hadi Idris, revealed during his meeting with the US Chargé d’Affairs in Khartoum, Brian Shawkan, according to what the Sudanese News Agency reported, the formation of a committee headed by council member Malik Agar to communicate with all political components in order to achieve full consensus.

The council, headed by Army Commander Abdel Fattah Al-Burhan, announced yesterday its support for the UN initiative to open the door for consultations in the country, in order to reach a solution to the ongoing crisis since last October.

It is noteworthy that the United Nations Special Envoy to Sudan, Volker Perthes, launched talks on Monday to resolve the escalating crisis for more than two months. He affirmed in a press conference that everyone “including political parties, armed movements, civil society, women’s associations, resistance committees and others have been invited to participate in preliminary consultations.”

From the Khartoum demonstrations on January 6, 2021 (archive – Associated Press)

He also made it clear that he and his team will hold “indirect talks with all parties,” stressing that “the United Nations will not come up with any project, draft or vision for a solution, even a proposal for the content of the main disputed matters, and will not adopt a project for any side,” considering that “this All of these matters belong to the Sudanese men and women.”

Although Al-Burhan pledged to hold general elections in mid-2023, the demonstrations continued in protest of the settlement in which Prime Minister Abdullah Hamdok agreed to return to his position on November 21, before returning and submitting his resignation in early January, stressing that he tried to find consensus, but failed.

While he warned that the country was facing a “dangerous turning point that might threaten its survival,” and that he was seeking to avoid “Sudan slipping into the abyss.”