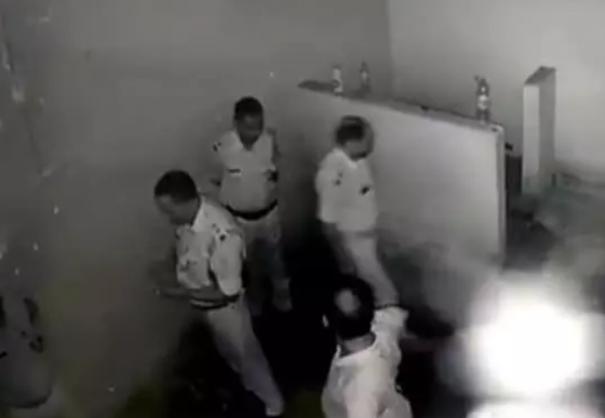 Patna: 5 policemen in Bihar SP A video of a man being locked up is going viral on social media.

Area S.P. as their work was not satisfactory. WhatsApp informed that Gaurav Mangala put them in lock-up and after 2 hours at midnight all 5 policemen were released. It has also spread to other social media and created a stir.

But when the police sources say about this, “Last Thursday at 9 pm, S.B. went to the police station to review the cases. has come Then he got angry because some policemen were negligent in their work and ordered them to be locked up.”

In this case, regarding this incident, S.P. The Bihar Police Constables Association has demanded an inquiry against Gaurav Mangala.

Bihar Police Constables Association President Mrityunjay Kumar Singh said, “I tried to talk to S.P. But he didn’t want to talk to me. We fear that the CCTV footage may be destroyed by him. His action left junior officers in a frenzy. An FIR should be registered against him,” he said.

In an order issued by the Bihar Chief Secretary, police officers should not take extreme measures in dealing with their subordinates.

In Nawada, Bihar, SP Dr. Gaurav Mangla put only 5 policemen in custody..CCTV of the policemen who were kept in custody for 40 minutes has come out..2 sub-inspectors and 3 ASIs are included..#Bihar #nawada @officecmbihar pic.twitter.com/An9BKgoA2z