No Result
View All Result
Latest News
27% reservation for OBCs in medical courses: 10% reservation for the economically backward: Federal Government announcement 29/07/2021
A batch of beef weighing 4 tons was not allowed through the border near Pskov 29/07/2021
Without Bolt.. the 100m race is unpredictable 29/07/2021
Paris: We strongly condemn the Houthi attacks that are trying to target Saudi Arabia 29/07/2021
What do girls do on the beach at midnight ?: Goa CM slips his mouth 29/07/2021
Next
Prev
Home Sports

Spain continues to stumble with a draw with Poland 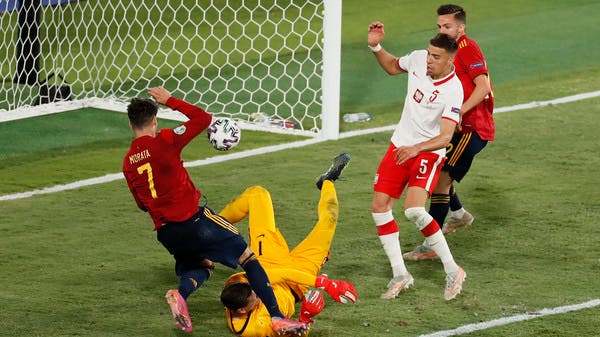 
The Polish national team imposed a 1-1 draw on its Spanish host in the match that brought them together in Seville today, Saturday, in the second round of Group E matches of the European Football Championship (Euro 2020).

Alvaro Morata advanced with a goal for Spain in the 26th minute, but Polish sniper Robert Lewandowski equalized for his country in the 54th minute with a superb header. The Spanish Matador could have settled the victory and the three points, but Gerard Moreno missed a penalty in the 58th minute.

Spain raised its score to two points in third place, while Poland scored its first point to bottom the standings.

During the first round, the Spanish team tied with its Swedish counterpart, while Poland lost at the hands of Slovakia 1-2.

The Egyptian Football Association decides to postpone the League and Cup

Haaland responds to Chelsea’s offer with a “smile”

La voz Peru: Ana Olórtegui criticizes the management of the program after being eliminated

Unable to be in a joint family .. Wife to be separated .. In the end, horrible!

Politics intensified on the issue of beating the elderly, Rahul said – true Ram devotees cannot do this, CM Yogi should be ashamed…

La Voz Perú: Oriana Montero explains why she did not respond to Guillermo Dávila's greeting