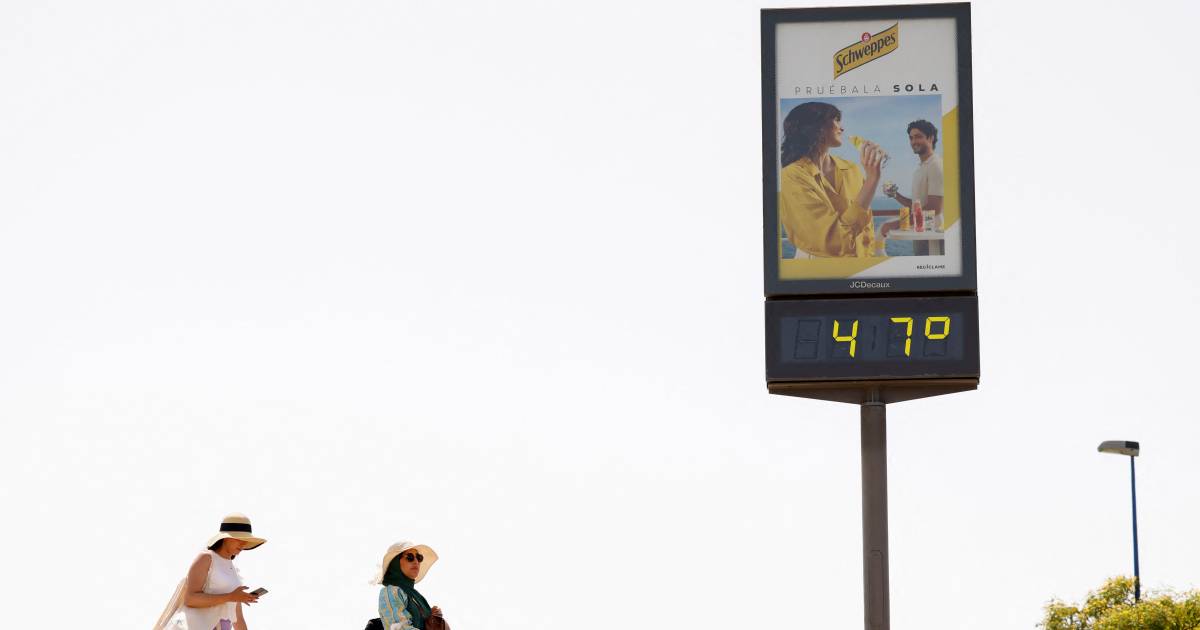 The cause of the heat wave is hot air from North Africa, according to AEMET. That African air mass won’t really arrive in Spain until tomorrow and it’s not even at its peak yet. That will probably be Monday or Tuesday. Then it can be up to 44 degrees inland.

The suffocating heat wave that affects almost the entire country can continue for at least another week. Summer officially starts on June 21, but Spain is already melting. The blood heat is expected to last until Wednesday. Storms are also forecast in some parts of Spain. In addition, the wind from the south will also carry dust, which creates a haze and reduced visibility. The nights bring little cooling, the temperature is not expected to drop below 20 degrees.