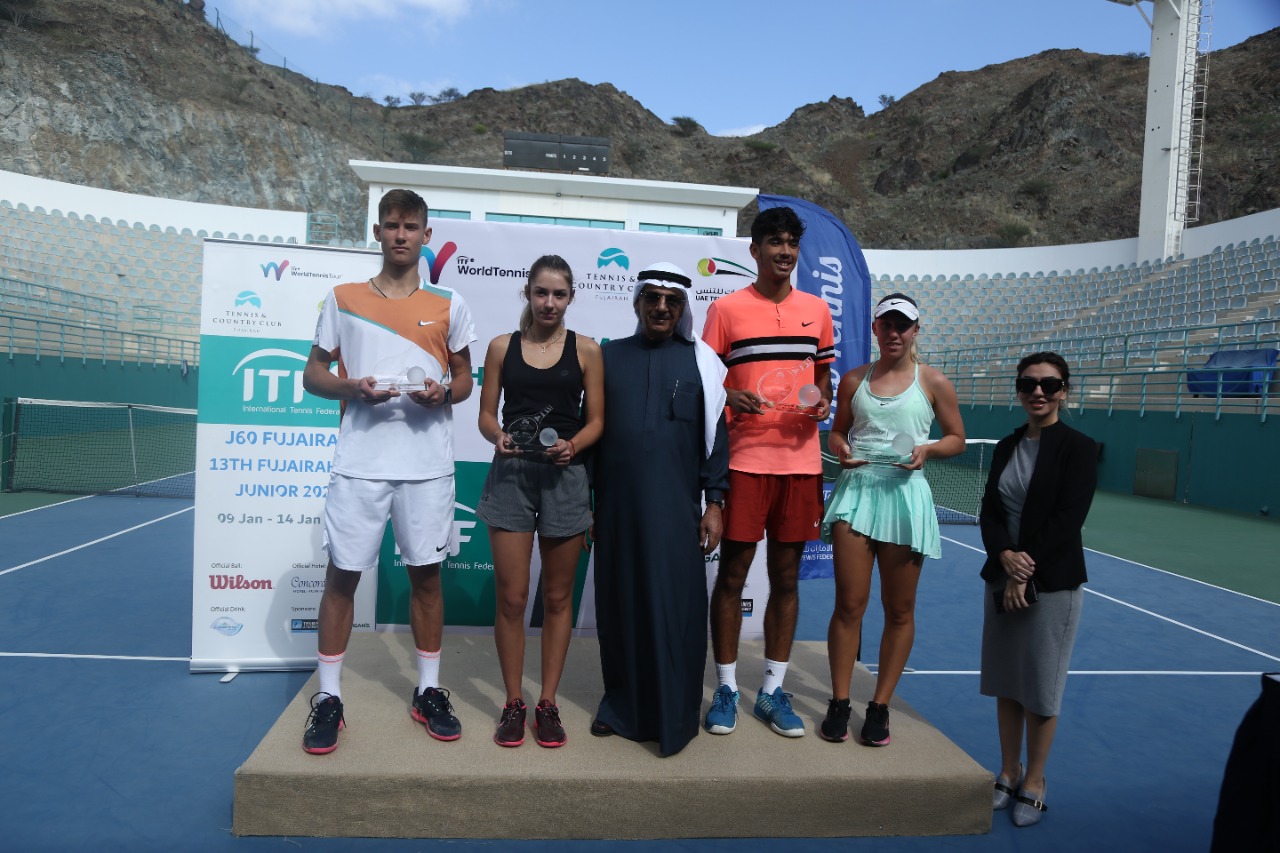 The Spanish player Brian Hernandez won the first place in the youth singles of the 13th Fujairah International Youth Championship, which concluded on Saturday at the Fujairah Tennis Club, which was organized and supervised by the UAE Tennis Federation, after his victory in the final match against the Russian Artem Bogomolov with two sets to one (6-3) and (6-1) and (2-6), while Britain’s Vlada Kosa won the girls’ singles after defeating Uzbek Daria Shubina in the final with two sets to nothing (6-3), (6-4).

The Chairman of the Board of Directors of the Fujairah Tennis Club, Abdul Ghafour Bahrozyan, crowned the first winners, in the presence of the club’s director, Hania Riki, and the coordinator of sporting events, Tariq Abdullah.

In the rest of the results, the Russian duo Amir Asilkajev and the Greek Casper won the youth doubles title after defeating the German duo Karl Leipzig and the Turkish Agha Topkog with two sets (6-3) and (6-4). .

In turn, the Chairman of the Board of Directors of the Fujairah Tennis Club, Abdul Ghafour Bahrozyan, praised the efforts made by the UAE Tennis Federation, stressing that it contributed to the success of the tournament in a distinguished technical and organizational manner, in which 92 players participated through the presence of sponsors of the UAE Tennis Federation and the provision of requirements for success, and he praised the efforts of the club’s team to cooperate The fruitful one who paved the way for success, revealing that in the future a work plan will be revealed that includes the organization of other tournaments, in cooperation with the Tennis Federation, in line with the qualitative shift of tennis in the club.