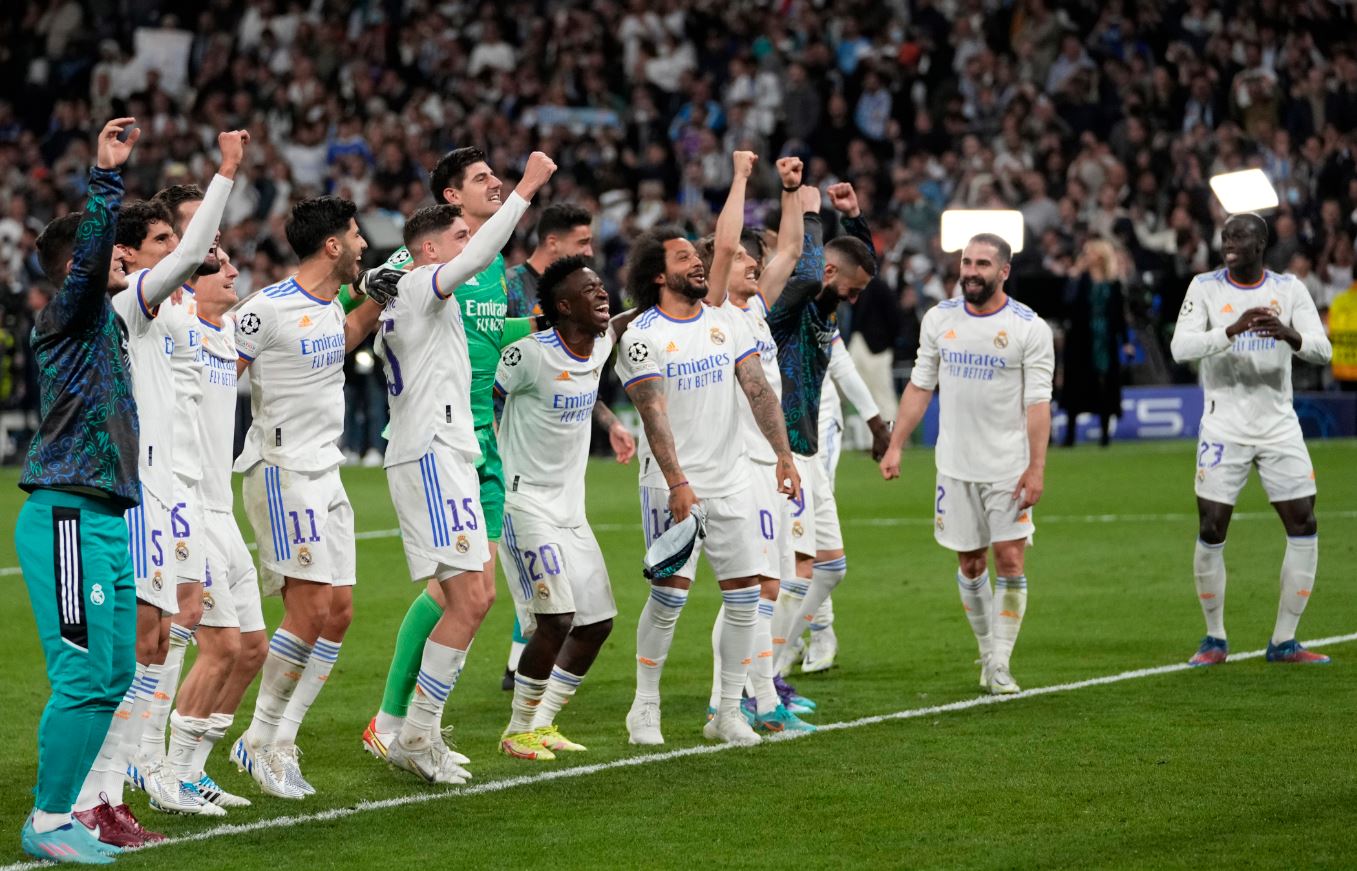 The Spanish media praised the achievement of Real Madrid, the local champion, who rose dramatically against its guest, Manchester City, in the second leg of the Champions League final last night, to qualify for the final of the first European club championship.

And just minutes before the end, City were leading 1-0 and seemed on the way to qualifying for the final against his compatriot Liverpool in Paris, before Rodrygo scored two goals near the end and Karim Benzema added a penalty in extra time to win the hosts 3-1 6-5 in the match. The total result of the two legs, home and away, after City’s 4-3 victory at home, in the first leg.

“Real Madrid belongs to another world,” said the newspaper, AS, published in the Spanish capital, alongside a picture of the team’s celebrations. And about the achievement, the newspaper Sport “Huge” said after Real Madrid succeeded once again in overturning its delay in the first leg, after it did it in the face of Paris Saint-Germain, the French champion, in the round of 16.

Marca newspaper welcomed Real Madrid’s success, saying, “It is the greatest night in the history of the (Santiago) Bernabeu.” A local radio station in Catalonia described what happened as “not football, but a paranormal phenomenon”. Real Madrid will meet Liverpool in the final on May 28 in Paris, in a repeat of their confrontation in the final of the 2018 edition.