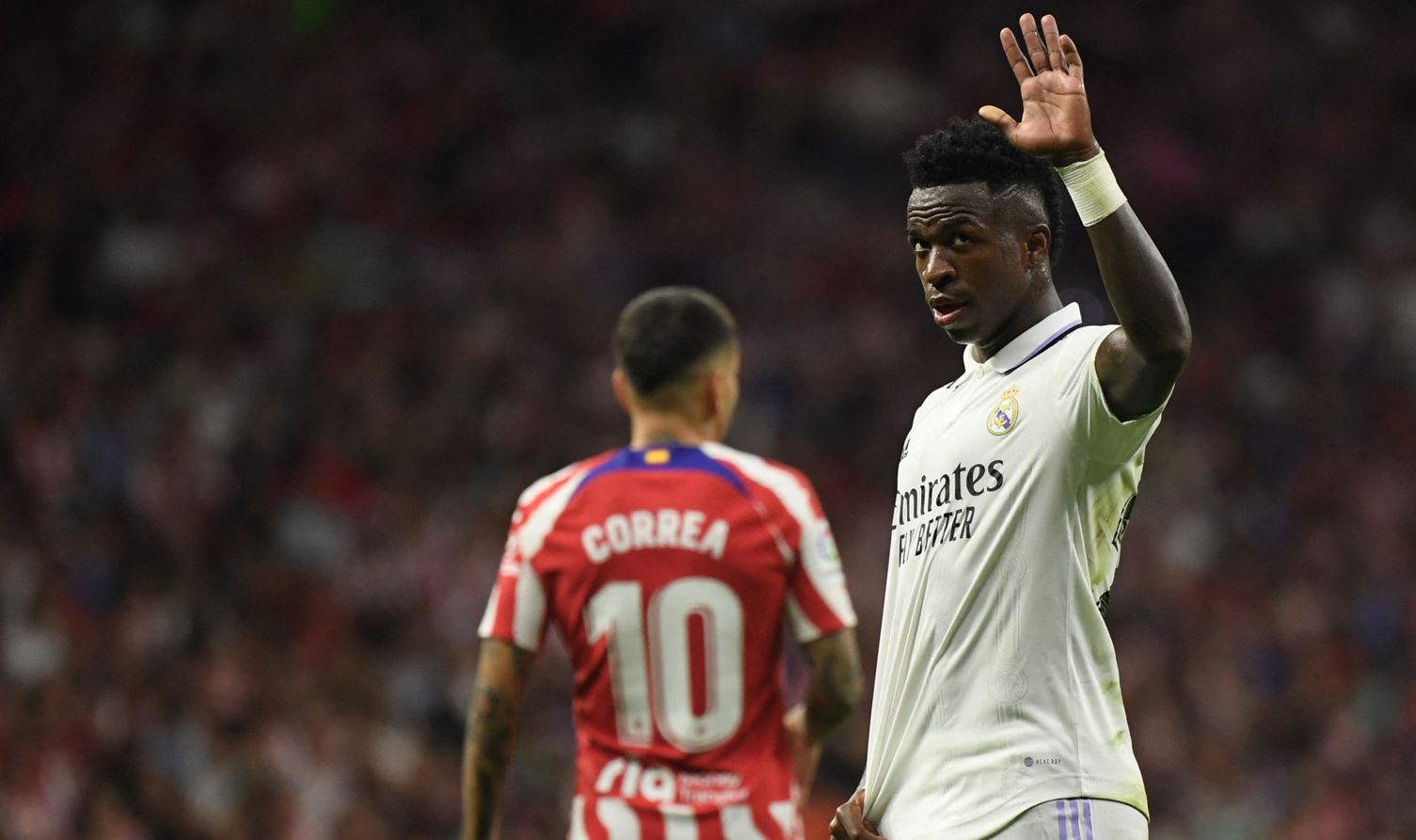 The public prosecutor in Spain has opened an investigation into racist insults against Brazilian Vinicius Junior before and during the capital’s derby match between his team, Real, and its host, Atletico, in the local football league, according to what was reported today. The investigation was opened after a complaint from an anti-racism organization about racist insults directed at Vinicius by a group of Atletico fans.

Some groups of Atletico fans chanted “You are a monkey, Vinicius, you are a monkey” before and during the match that Real beat its arch-rivals 2-1 last Sunday at the “Wanda Metropolitano” stadium. Fans of Atletico Vinicius and his compatriot Rodrigo threw projectiles, including lighters, during their celebration of scoring against Argentine coach Diego Simeone’s team.

“The public prosecutor in Madrid has opened an investigation into the racist chants that were heard inside and outside the Atlético de Madrid stadium against a Real Madrid player during the match on Sunday, September 18,” the statement read. He added that “the Public Prosecution asked the police to analyze the recordings of these events in order to identify the people who launched these racist insults to see if they had any relationship with violent or extremist groups.” The police were also asked to investigate whether chants were repeated inside the stadium, while the public prosecutor urged Atletico security staff to hand over any information that “could help clarify what happened”.

After Spanish Prime Minister Pedro Sanchez on Tuesday condemned Scott Atlético, the team he personally supports, and for not taking a stand against the racist chants of his fans, the club issued a statement denouncing what happened, saying, “Atletico Madrid condemns the unacceptable chants launched by a minority of fans outside the stadium before Derby.”
“No few can tarnish the image of the thousands and thousands of Atlético fans who support their team with passion and respect for the opponent,” he stressed, adding, “The pain felt by the (Rojiblanco) family (Atlético nickname) for what happened is enormous. We cannot allow our fan base to be in a relationship. This kind of behavior and questioning of our values ​​due to a minority that does not represent us.”

“Our decision is firm and clear, and we will not stop until they are expelled from the (Rogyblanco) family, because they cannot be part of it.” What happened in Sunday’s match was nothing but a continuation of the spark started by Pedro Bravo, president of the Spanish Players’ Agents Association, when he told millions of viewers that Vinicius should stop “behaving like a monkey” in the way he dances to celebrate goals.

Bravo later apologized, saying he had used a phrase that did not mean any racist connotations, but rather is commonly used in Spain in the sense of “acting like an idiot” or “meaning”.
The mayor of Madrid, Jose Luis Martinez Almeida, who is also a fan of Atlético, criticized the fans who chanted against Vinicius, saying, “They have no place, not only in a sporting event, but in any sphere of life.” Big names in Brazilian football, such as the legend Pele and Neymar, expressed their indignation at Bravo’s statements, while Real Madrid said that it rejects “all forms of racism and xenophobia” and “will take legal measures.”