Spartak coach commented on the victory over Napoli 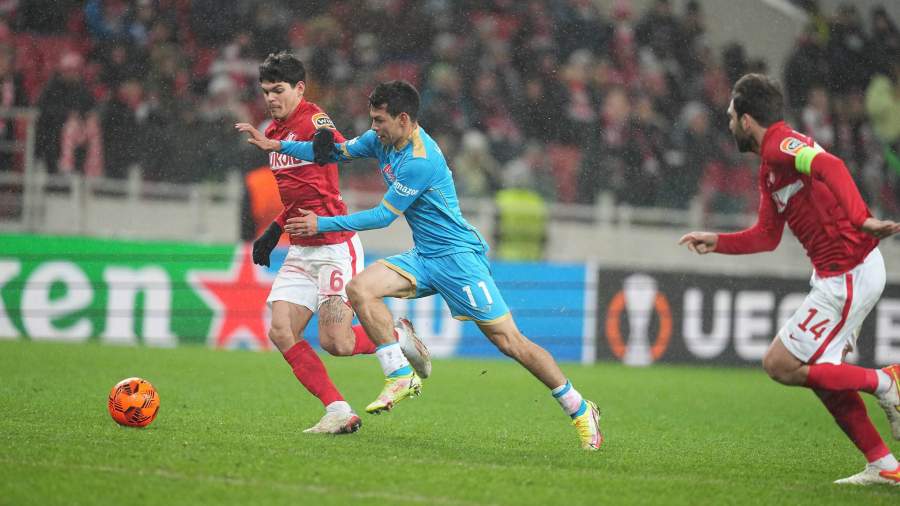 The footballers of the Moscow “Spartak” showed a tactically competent game against the Italian “Napoli” in the match of the fifth round of the group stage of the Europa League. This was announced on Wednesday, November 24, by the head coach of the Moscow team, Rui Vitoria.

“This is an important victory against an excellent team <…> First of all, I would like to say that from a tactical point of view, the match was played very well. The players showed an excellent performance, they <...> correctly closed the zones and developed even small chances well <...> In the second half, the opponents were strong. “Napoli” rebuilt the defense, began to put pressure, but we also played well from behind, this is a well-deserved victory, “Sport-Express quotes him.

In turn, the head coach of “Napoli” Luciano Spalletti said that the team’s players were inattentive in the match with Moscow “Spartak”. According to him, the athletes conceded an early goal, and also made many mistakes in defense.

Earlier in this “Spartak” defeated the Italian “Napoli” in the match of the fifth round of the group stage of the Europa League. The game, which took place in Moscow, ended with the victory of the Russian club with a score of 2: 1.

Spartak came out on top in Group C with seven points in five games. Napoli are in second position. There are 7 points in the club’s piggy bank. It is followed by the Polish Legia (6) and the English Leicester (5), according to Sport-Express.

In the final round, Spartak’s players will play Legia away, while Napoli will play Leicester at home. Both games will take place on December 9th.