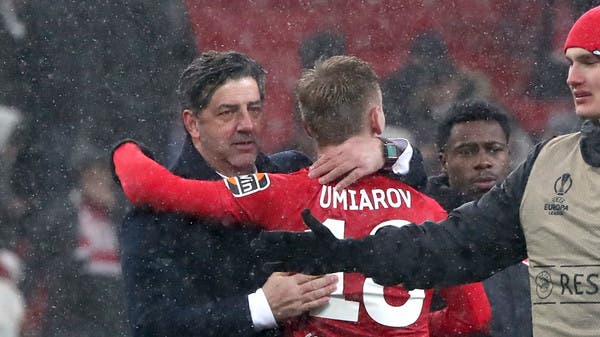 Russia’s Spartak Moscow defeated its Italian guest, Napoli, 2-1, on Wednesday, in the fifth round of Group C of the European Football League.

Alexander Sobolev scored two goals for Spartak Moscow in the third two minutes, from a penalty kick, and 28. On the other hand, Elif Elmas scored Napoli’s only goal in the 64th minute.

Spartak Moscow raised its score to seven points at the top of the group, outperforming the direct confrontational difference over Napoli, who is in second place, while the Polish Lega Warsaw is third with six points, and Leicester City is at the bottom of the group standings with five points.

It is noteworthy that Leicester City will host the Warsaw League in the fifth round of the group on Thursday.