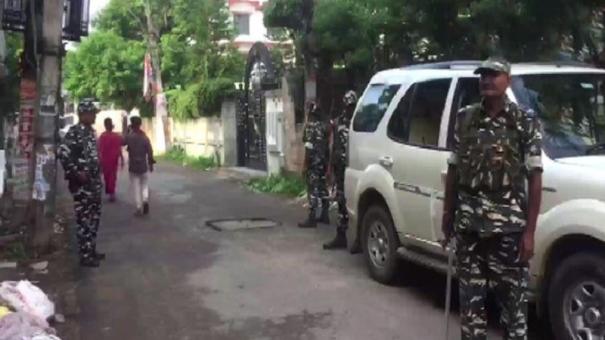 The raid is taking place on the allegation of corruption in railway appointments when Lalu Prasad Yadav was the railway minister.

The alliance recently broke up. After this, Nitish Kumar formed an alliance with the Rashtriya Janata Party and became the Chief Minister again in Bihar. Meanwhile, the CBI is conducting raids on the houses of prominent figures of its ally Rashtriya Janata Dal (RJD) as it prepares to prove its majority in the Bihar Assembly today.

‘We will not fear’ – Vijay Kumar Sinha resigned from the post of Assembly Speaker to keep the raid aside. Talking about the CBI raid, Rabri Devi said, “They are afraid of the formation of a new government led by Nitish Kumar. They are trembling because of the grand alliance. All the parties are with us except the BJP. We have a majority. CBI raids are done to scare people. But we are not afraid. This is not the first time. They believe that our MLAs will join them out of fear,” he said.

Also, in a statement issued by RJD, “Lalu Prasad Yadav was the Railway Minister from 2004 to 2009. If the CBI has to conduct an investigation after 13 years, you can understand the purpose. Lalu’s family will not bow down and fear,” said RJD MP Manoj Jha. He said that it can be called a BJP raid rather than a CBI raid.