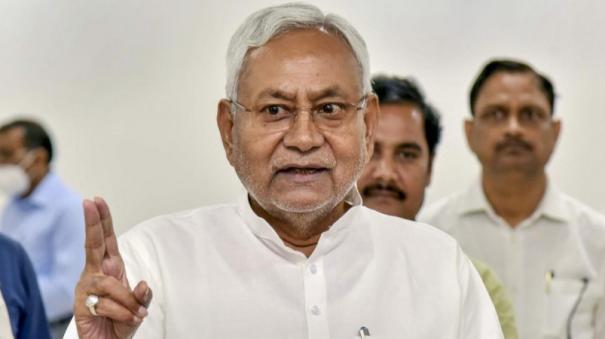 Patna: “Special status will be given to all the backward states if the non-BJP alliance forms the government,” United Janata Dal leader and Bihar Chief Minister Nitish Kumar said.

Nitish Kumar, who broke the BJP alliance in Bihar, is actively involved in uniting the opposition parties to prevent the BJP from coming back to power at the centre.

In this case, Nitish Kumar, who answered the question of the reporter in Patna, said, “If a non-BJP alliance gets a chance to form the next government in Madhya Pradesh, special status will be given to all the backward states. “There does not seem to be any reason why backward states are not given special status,” he said.

Special Status – Background: The system of granting special status was introduced in 1969 for the development of geographically and socio-economically disadvantaged states. Through this, these states are getting additional tax revenue, development schemes, reservation in government jobs and educational institutions from the central government.