Srinath waiting for the train… an old photo that went viral! 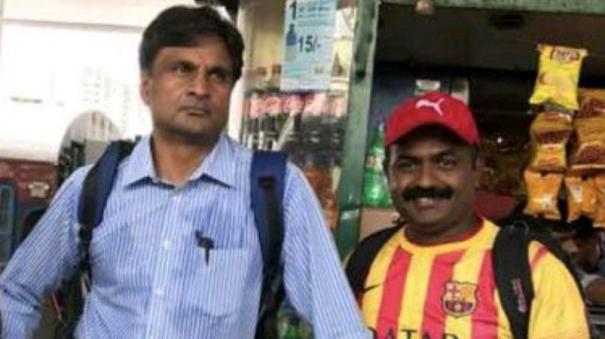 An old photo of Indian cricket team’s former fast bowler Srinath is currently going viral on social media. In particular, the photo is celebrated by netizens for its simplicity.

Former fast bowler Srinath is known as an unforgettable face among Indian fast bowlers. Srinath, who retired from cricket in 2003, is currently working as an umpire in one-day internationals.

A photo of him waiting for a train in 2017 is currently going viral. The picture was shared by a LinkedIn user named Ashu Singh. It said, “This is Javagal Srinath… waiting for his train at Mysore railway station. What you think is true. This great bowler is also simple. One of the best bowlers of our generation.”

Following this, the photo went viral on social media. Netizens are praising Srinath’s simplicity and sharing the film.