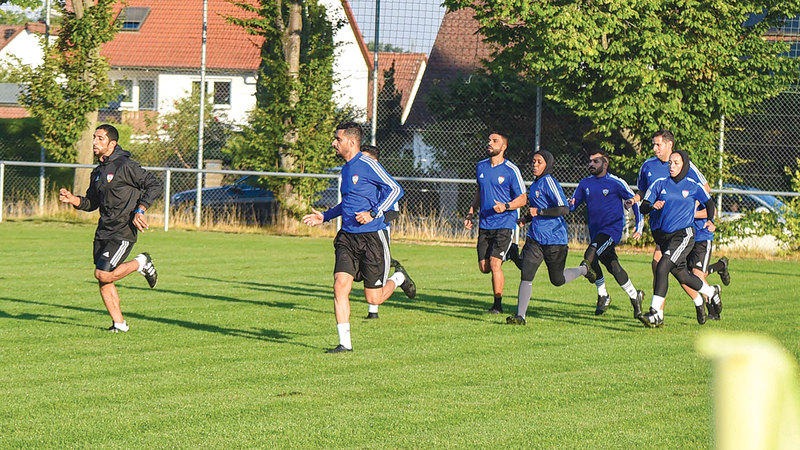 Former stadium judges identified five steps, which they described as “important” for the success of stadium judges in managing the new football season competition, especially at the level of the professional league championship, noting that these steps are most notably represented in the strong arbitration start to give a good impression of the Emirati arbitration, and the good reading of the referee. For any scenario that could happen in the match that he will manage, in addition to focus and diligence to prove that they are better than the foreign referees who will participate in managing the league matches for the second consecutive season, after they had existed last season, in addition to the importance of the focus of video referees and not rushing to make a decision.

They told “Emirates Today”: “The stadium judges who will run the professional league matches are ready for the start after they entered a preparation camp in Germany, as part of their preparations for the new season.”

For his part, the former football referee, Ibrahim Al Muhairi, said: “The new amendments to the football law, which have been officially implemented, are in the interest of the game, whether in terms of the five substitutions, the start of the resumption of play, or penalty kicks.”

Al Muhairi added: “At the level of the ADNOC Professional League, the referees are well prepared, through the lectures they received in the presence of lecturers from the AFC and the International Football Association, during the external camp that was set up for them, and the referees were also trained on the new amendments to the arbitration law.” .

Al-Muhairi pointed out that “the referees led the matches of the last season with distinction, as he did not witness many refereeing mistakes,” describing the last season as one of the best refereeing seasons since three or four years ago.

He continued, “Despite raising the number of matches in which foreign referees are used from two to four, I do not expect the clubs to pay 170,000 dirhams per match, in order to use foreign referees in the new season, except in a few.”

In turn, the former international referee, Abdullah Al-Ajeel, confirmed that “the new season will be strong, as there are more than two teams that will compete for the professional league title,” considering that the referee must read the matches well, stressing the importance of the referees giving a good impression at the beginning of the season. Football and league matches, noting that if the referees falter at the beginning of the season and shine after that, there will be doubts about the referees’ performance.

Al-Ajl said: “The referees committee should put all its experience and everything it has to make the referees’ management of the league matches successful, especially with the presence of strong matches in the first round of the league, such as the Al-Ahly youth match and Sharjah.”

And the former international referee, Yaqoub Al Hammadi, believes that “the stadium judges know that there is a foreign referee who is present with them in managing the league matches, which requires them to make a double effort,” noting that if previously the referees were required to focus 100%, now it is required. Their focus should be 1000%.”

Al Hammadi added: “Referees are also required to focus and diligence to prove their presence, and prove that they are better than foreign rulers, and this falls on the rulers, because they are responsible first and foremost in proving this matter to club officials, players and the sports street.”

Al Hammadi pointed out that “the Football Association and the Referees Committee provide the referees with the means, camps and lecturers, so their presence must be proven within the green rectangle.” He added, “The video referees are required to focus, not rush and take the time to make the right decision in the match.”

1- Strong refereeing start to give a good impression from the referee for any scenario that might happen in the match.

2- Focus and diligence to prove that they are better than the foreign referees who will participate in managing the league matches.

3- The importance of focusing video referees on decisions and not being rushed.

One thousand dirhams, the cost of bringing in a foreign referee for one match.