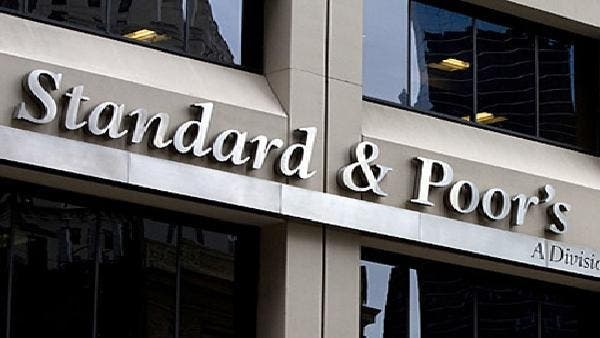 Standard & Poor’s Ratings Agency said today, Wednesday, that Saudi banks face less liquidity pressures in the short term thanks to the liquidity support of 50 billion Saudi riyals from the Saudi Central Bank (Sama). However, the system will need to increase public and private sector deposits to have the strength to maintain the pace at which it expands its lending portfolio.

The report indicated that in the absence of proportionate growth in deposits, lending growth may slow down, or banks may resort to external commitments amid less supportive market conditions than they were a few months ago.

Standard & Poor’s credit analyst, Mohamed Damak, wrote in the report seen by Al Arabiya.net: “The pressure on banks’ liquidity stems from the fact that deposit growth has remained less than the expansion of lending over the past few years. This has led to the loan-to-deposit ratio reaching to 100% on March 31, 2022.

However, the banking system remains in a positive position in terms of net external assets, which supports the view on the strength of the system’s financing profile. Moreover, Saudi banks remain well capitalized, according to DAMAC in the report.

He noted that over the past two years, on average, about 60% of lending growth was financed by increased customer deposits. In 2021, the remaining growth in lending was financed by an increase in external debt and a decline in liquid assets.

He added that in the first quarter of 2022, an increase in bank capitalization (through profit retention and issuance of additional Tier 1 instruments and a decrease in liquid assets helped banks expand further).

The strength of the Saudi banking sector

Damac believes that the growth path has been unsustainable, especially as global liquidity conditions have become more restrictive in light of the aggressive monetary tightening in developed markets. Moreover, the Saudi government has refrained from directly pumping the additional surplus – from higher oil prices – into the banking system. Government deposits to total deposits have also remained fairly stable over the past few years.

The credit analyst at Standard & Poor’s explained that Saudi banks still have a relatively large portfolio of government and private sector securities that can be liquidated to accommodate lending growth. However, the increase in interest rates and unrealized losses on some of these instruments, as well as the potential negative impact on the liquidity profiles of Saudi banks, prevented banks from following this approach.

Without the central bank injecting 50 billion Saudi riyals, and without any additional inflow of liquidity, the system may have resorted to slowing lending growth.

The report indicated that banks expanded by about 15% in 2020-2021 on the back of mortgages, consumer loans, and lending to small and medium-sized enterprises.

Damac expects this trend to continue in 2022-2023, with lending expanding by 10%-12%. “This time around, we expect expansion to be driven by corporate lending, with the launch of Vision 2030 projects, and mortgages, albeit to a lesser extent, as the market gradually becomes saturated,” he wrote.

The development of bank indices during the year

The report assumed that a large part of this growth will be financed by increasing customer deposits (mainly from companies and sovereign institutions with the acceleration of the implementation of Vision 2030 projects).

He also believes that the current liquidity pressures may act as a catalyst for the development of the local capital market by increasing the volume of bank issuances or by selling some of their assets, especially mortgages to Saudi real estate refinancing companies or issuing sukuk backed by residential mortgages or covered sukuk.

The report concluded: “Although we still have a positive outlook on financing and liquidity in the banking sector, we are aware of the potential challenges from the expected increase in fixed income instruments, and in particular, we note that the shift of liquidity from non-interest bearing instruments as prices increase The interest rate is likely to prevent Saudi banks from fully realizing the potential benefit of raising interest rates in full.