Starting today, a wave of rain is sweeping these Saudi cities 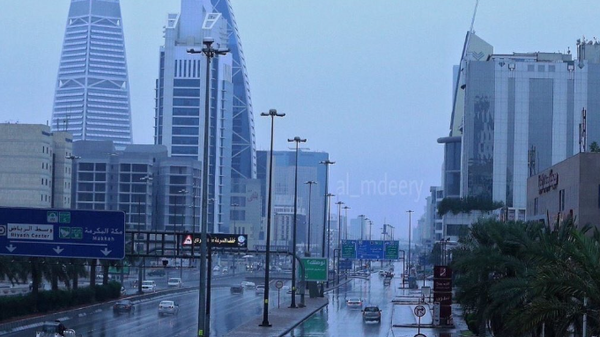 A report issued by the National Center of Meteorology in Saudi Arabia confirmed the impact of rainy areas starting from today, Tuesday until next Thursday, “Riyadh, Makkah Al-Mukarramah, Al-Sharqiya, Al-Qassim, Asir, Al-Baha” with moderate to heavy rain, while the areas of “Madinah Al-Munawwarah, Jazan, Tabuk, Al-Jawf, Northern Borders” with medium rain in its entirety, and preliminary forecasts indicate the continuation of rain chances in most areas from Friday until the beginning of next week.

On the same level, the official spokesman of the General Directorate of Civil Defense, Lt. Col. Muhammad Al-Hammadi, called on everyone to exercise caution, according to what was reported by the Civil Defense from the National Center of Meteorology about thunderstorms in parts of the Kingdom from today, Tuesday, until next Thursday.

Al Hammadi called on everyone to be vigilant about potential dangers in such an atmosphere, to stay away from places where torrents accumulate, and to abide by the instructions of the Civil Defense announced through various media and social networking sites, in order to preserve their safety.