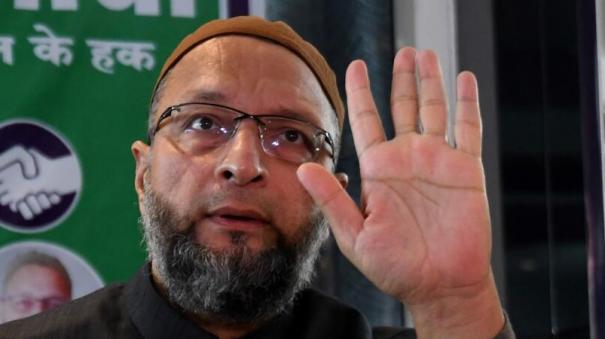 Mumbai: Owaisi’s AIMIM party has decided to vote for the Congress to topple the BJP in the state assembly elections in Maharashtra.

The Central Election Commission (CEC) recently announced that elections will be held for 57 MP posts in 15 states across the country. Of these, 41 were selected without contest. Elections are being held today for the remaining 16 MP posts only.

Elections are underway for 6 MP posts in Maharashtra. The BJP 2, an Shiv Sena MP, is expected to take over the post easily. There is fierce competition for the remaining 3 MB positions.

Our congratulations to the Congress candidate. It has been decided that the national leadership of our party, which defeated the BJP, will support Maha Vikas Agathi. Our political and ideological differences will continue with the Shiv Sena, of which Maha Vikas Agathi is a member. “

In the last 20 years, 7 candidates are contesting for 6 seats in the Maharashtra state assembly elections. It is noteworthy that the election procedures will be held from 9 am to 4 pm today.