Stockholm Institute: The danger of using nuclear weapons has become real for the first time in decades 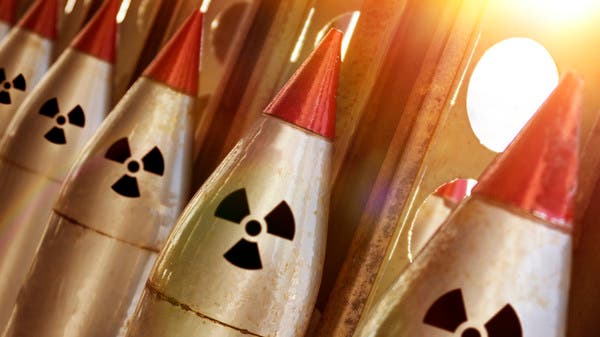 The Stockholm International Peace Research Institute warned today, Monday, that the danger of the use of nuclear weapons has become real for the first time in decades.

The Stockholm Institute said the global nuclear arsenal will register its largest growth rate since the Cold War.

The institute emphasized that nuclear states are developing their arsenals and sharpening their nuclear rhetoric.

Tehran is close to acquiring a nuclear bomb

He said that Tehran is close to acquiring a nuclear bomb unless the world takes a firm stance towards it.

On Thursday evening, the head of the Iranian Atomic Energy Organization, Mohammad Eslami, announced that Iran had installed new centrifuges and started pumping uranium gas into them, in response to the decision adopted by the International Atomic Energy Agency.

He also added, “We will announce more measures in response to the behavior of the International Atomic Energy Agency,” considering the latter’s behavior “political and illegal,” according to what was reported by the “Tehran Times.”

This came in response to the issuance of the International Atomic Energy Agency of the United Nations a few days ago, a US-European resolution officially criticizing Iran for its lack of cooperation, after a previous report last month, in which the agency confirmed that it had not obtained “clarifications” regarding traces of enriched uranium found in three sites. Not authorized in Iran.

It is noteworthy that the Vienna talks, which were launched in April 2021 to revive the nuclear agreement, had been suspended since last March, after a number of files failed to resolve.

On Thursday, Berlin, London and Paris called on Tehran to “end the nuclear escalation” and “urgently accept the settlement that has been on the table” since March to revive the 2015 agreement that is supposed to prevent Iran from building an atomic bomb.

With regard to the settlement that has been on the table since March, the three countries said in the statement, which was published by the German Foreign Ministry, that “we regret that Iran has not yet seized this diplomatic opportunity” and “we call on Iran to do so immediately.”