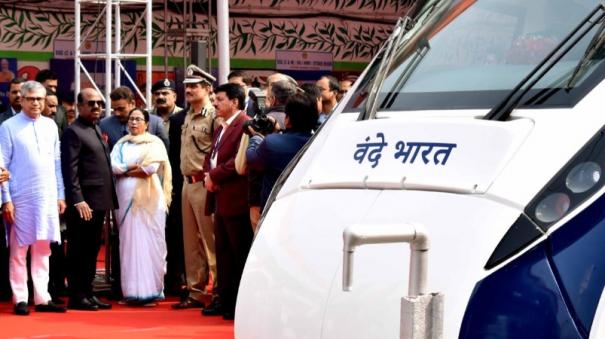 Kolkata: The newly launched Vande Bharat Express between Howrah and New Jalpaiguri in West Bengal was stone pelted last Tuesday. A stone was pelted on the Vande Bharat train the day before. BJP people are strongly condemning this.

3 boys have been arrested for throwing stones at a train in Bihar’s Mangurjan. Last Monday’s stone pelting took place in Malta, West Bengal. “Due to the fog, nothing is visible in the CCTV camera footage,” said a railway official.

In this context, West Bengal Chief Minister Mamata Banerjee said in an interview yesterday, “The attack on the Vande Bharat train did not take place in West Bengal. A railway CCTV camera shows what happened in Bihar. Legal action will be taken against those who deliberately spread false news. What’s on the Vande Bharat train? “The old train has been given a new coat of paint,” he said.