WorldStop without demand: why Russia is not increasing oil production
World

Stop without demand: why Russia is not increasing oil production


Oil production in Russia has stagnated in the past few months, despite the fact that OPEC + agreements allow it to increase production. This is especially interesting given the past practice, when Russia slightly exceeded the established quotas, including in the past crisis year. Analysts believe the issue is seasonal, but there are also some suspicions that the Russian oil industry has not fully recovered from the abrupt halt last year. Details – in the material “Izvestia”.

The OPEC + deal, concluded in the spring of 2020 in response to the price collapse caused by the global pandemic, implied an unprecedented reduction in production – by almost 10 million barrels per day from the peak. The restrictions were gradually removed: in July 2020, the total quotas were only 7.7 million barrels less than the pre-crisis indicators. By July 2021, the difference had dropped to 5.3 million barrels, and according to the latest agreement, production can be increased by another 2 million barrels by the end of 2022. All these measures made it possible to significantly increase oil prices, which now mostly fluctuate in the range of $ 70-80 per barrel, that is, even higher than the average before the crisis.

Bloomberg has found that in fact, since the spring of last year, production in Russia has been at a standstill. In April, it increased (compared to the end of last year) by 400 thousand barrels, but since then it has even slightly decreased. In fact, the Russian oil industry could produce an additional 200,000 barrels every day, but it does not. This is very strange, because in the past Russia has always been on the verge of its quota, often even exceeding it by several tens of thousands of barrels or even more.

One of the possible explanations is that it was not possible to fully restore production at some fields, where the suspension due to natural and climatic conditions is problematic (this, by the way, is one of the reasons for the reluctance of Russian companies to follow the OPEC + deal, on the eve of the crisis, withdrawal from the agreement was actively discussed) … In this case, the prospects for Russian oil production may not be the most pleasant – long-term stagnation or, perhaps, even a national production peak and ultimately the loss of its market share. However, if similar difficulties arise in other oil-producing countries, then this problem will turn from a national and regional into a global one, since there is barely enough oil to meet demand.

However, in its material, Bloomberg admits that we can talk about a decrease in the production of gas condensate (ultra-light oil, recovered mainly from gas production and accounting for about 8% of all oil production in Russia), partially due to the seasonal factor. This can be confirmed by the fact that the oil companies of our country – Rosneft, LUKOIL, Surgutneftegaz, Tatneft – have basically increased production in the past months. The strongest drop was found in Novatek and “other” companies, which may mean “Gazprom”. If this hypothesis is correct, then the fall will almost certainly be temporary and will not play a significant role in the future.

Finam analyst Sergei Kaufman confirmed the logic of this point of view in an interview with Izvestia.

– Recall that gas condensate is not included in the OPEC + deal, however, only data on the total production of oil and condensate are published in the Russian Federation (this is the amount contained in the article). Gas condensate production is seasonal: less in summer and more in winter. Not all companies publish separately data on condensate production, however, a slide from Gazprom’s presentation gives a good idea of ​​how the production volume changes throughout the year (in the second and third quarters it fell in 2019 as well). In August, this effect was probably further intensified by the accident at the Urengoy plant.

According to him, there are no problems with oil production in the Russian Federation. All the largest companies on conference calls say that in a fairly short time they can return to the dock level of production and they are limited only by the OPEC + deal.

“Moreover, if these restrictions are lifted, most companies will be able to increase production even above the levels of the beginning of 2020. Alekperov spoke about this directly in a recent interview, and Tatneft at a conference call. And, for example, Rosneft is in general at the stage of implementation of the Vostok Oil project, the production of which in 2030 will reach 2-2.3 million barrels per day. 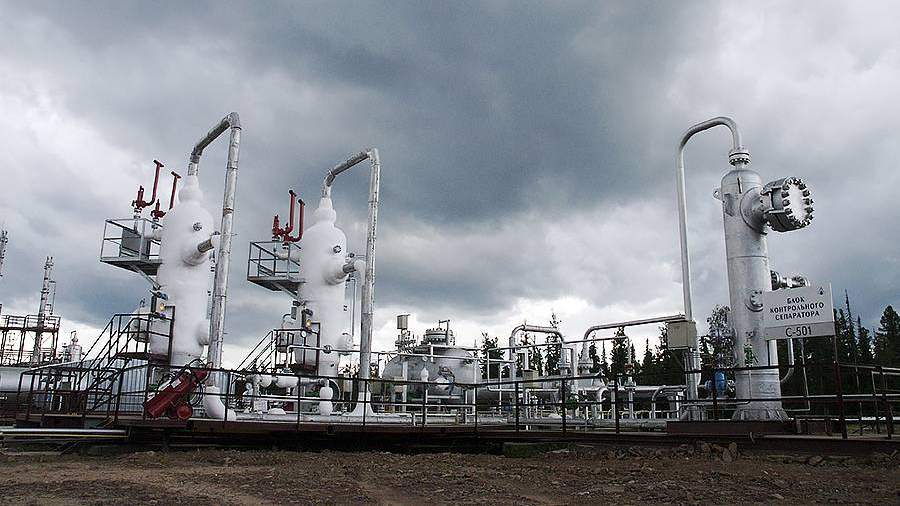 – Indeed, the production of gas condensate has been declining in recent months compared to April. In particular, Gazprom’s production from April to July (data for August is not yet available) decreased by 56 thousand barrels per day, – said Director of the Institute of Energy and Finance Marcel Salikhov. – This is mainly a seasonal factor, since natural gas production has a pronounced seasonality due to demand. Therefore, gas production increases in the winter months, and decreases in the summer months. Production at PSA projects has also declined in recent months. The production of oil companies in general is increasing. The only major exception is Bashneft, which reduced production in August by 5% compared to April (-13 thousand barrels per day).

Nevertheless, the interlocutor of Izvestia also noted the objective reasons why the production of oil with condensate remained stable, and the oil companies did not increase production as quickly as they could under the terms of the OPEC + agreement.

“This may be indicative of operational difficulties in recovering production from wells that were decommissioned last year. According to the available data, it is difficult to estimate, but by the end of the year, it will probably become clear how quickly Russian production can return to the indicators of early 2020 (about 11.3 million barrels per day of oil with condensate production).