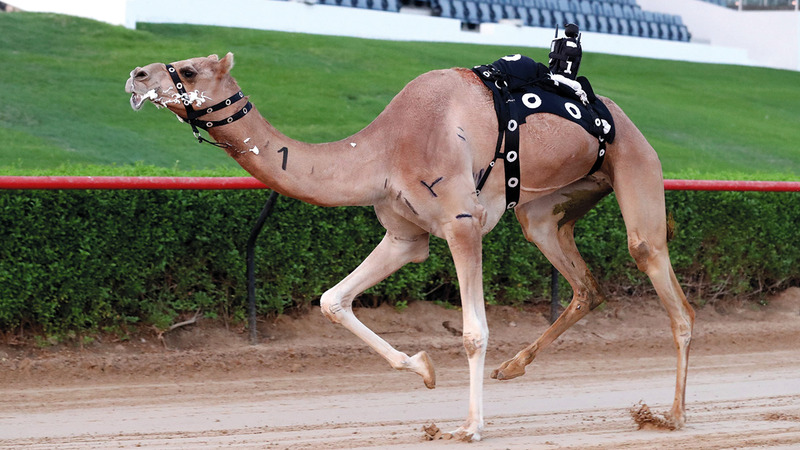 The Storm Camel excelled in the main rounds of the Al-Thaniah challenges to hybridize His Highness the sheikhs, which were held on Al Marmoom Square over two days as part of the Al Marmoom races, through 14 runs of five kilometers on the first day, and the same number on the second day.

Ghayath Al-Hilali (Al-Shaheeniya) led the storm camel on the first day to win the lead in the main round of the local virgins, with a time of 7:47:3 minutes. He was the best in all challenges. Qemat Al Thanaya Al Jadan locality, with a time of 7:59:2 minutes.

(Al-Shahinia) gave the stormy camel the third title, after it overtook all the competitors, and won the lead of the mixed folds, recording a time of 7:57:6 minutes. to win with a time of 7:58:7 minutes. The storm camel continued its brilliance by participating in the second challenge for adults in the first round of the annual Al Marmoom races, which was dedicated to the age of Al-Hol and Al-Zumoul, and was held in Al-Marmoom Square over a period of 14 runs for a distance of five kilometers.

The (Shahini) storm camel made a five-kilometre journey in a time of 7:58:4 minutes, giving its turret Ghayath Al-Hilali the title of the locality, while the other (Shahiniyya) needed the storm camel, and under the same leadership for a period of 7:58:5 minutes to win. With the title of the third round of Al-Hol Al-Mahjatat, as for the third round, it was won by Saih Al-Salam, where Saeed Obaid Murshid (Nahi) led to win the local Al-Zamoul challenge, with a time of 8:10:7 minutes. (Shaheen), led by Ghayath Al-Hilali, succeeded in winning the lead in a time of 8:31:4 minutes.

For her part, (Al-Fayza) Hajen Seih Al-Salam, led by Saif Omair Al-Amimi, won the title of best timing in all challenges by winning the Al-Houl title in the seventh set, recording a time of 7:53:8 minutes.

• (Al-Shaheeniya) gives the Al-Asafah camel the third title, after it surpassed all competitors and won the top spot in the first two hybrids.