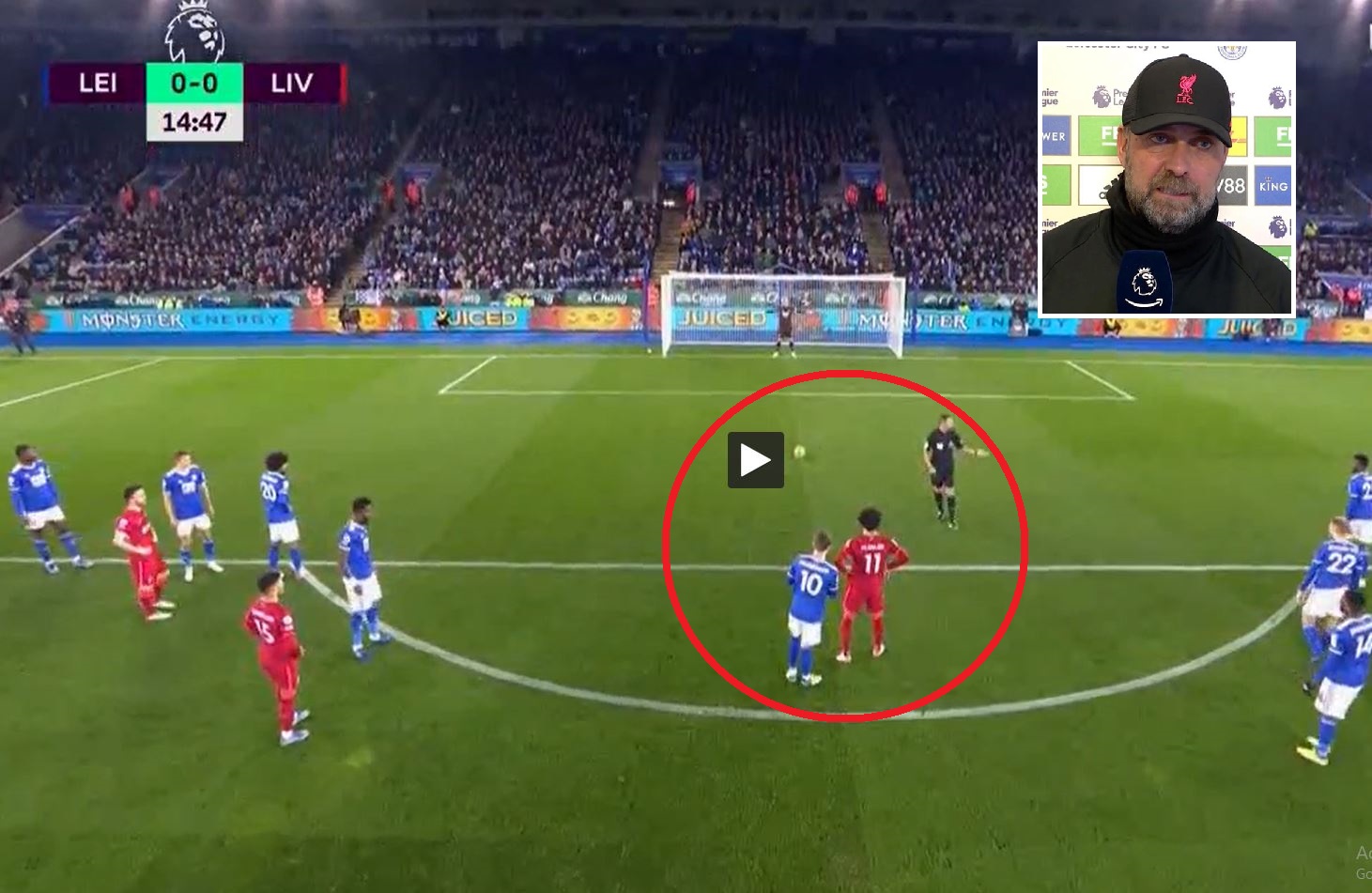 The British newspaper, “Mirror”, revealed that Leicester City player James Madison’s behavior towards Mohamed Salah before the latter paid a penalty kick was the reason for the “Pharaoh” to miss the kick during the match that brought the two teams together, Tuesday, in the 19th round of the English Premier League, and ended in Leicester’s favor with a goal. Clean.

A video circulating among the fans on social media showed Leicester Madison approaching Salah seconds before he executed the penalty kick, and he addressed words to his ears, which affected the way he shot the ball, which he did not park properly in the goal and it reached easy for goalkeeper Kasper Schmeichel before it bounced on his head and winked in the crossbar.

The newspaper stressed that the Leicester City player was aiming to distract Salah and confuse him before the shot, and he succeeded in that to prevent a goal from Salah in the 13th minute.

Liverpool occupies the second place in the league standings at the end of the 19th round with 40 points, seven points behind leaders Manchester City.

For his part, German coach Jurgen Klopp commented on Mohamed Salah’s missed penalty, and said in statements to the “Liverpool Echo” website: “Certainly Madison tried to distract Mohamed Salah, but everyone is trying to do so…Mohamed Salah usually has a reaction in those situations. (scoring from penalty kicks), but tonight he did not do that.. He continued: “Mohamed Salah is usually better in this situation, but the team is also (usually better than he was in the match)”.