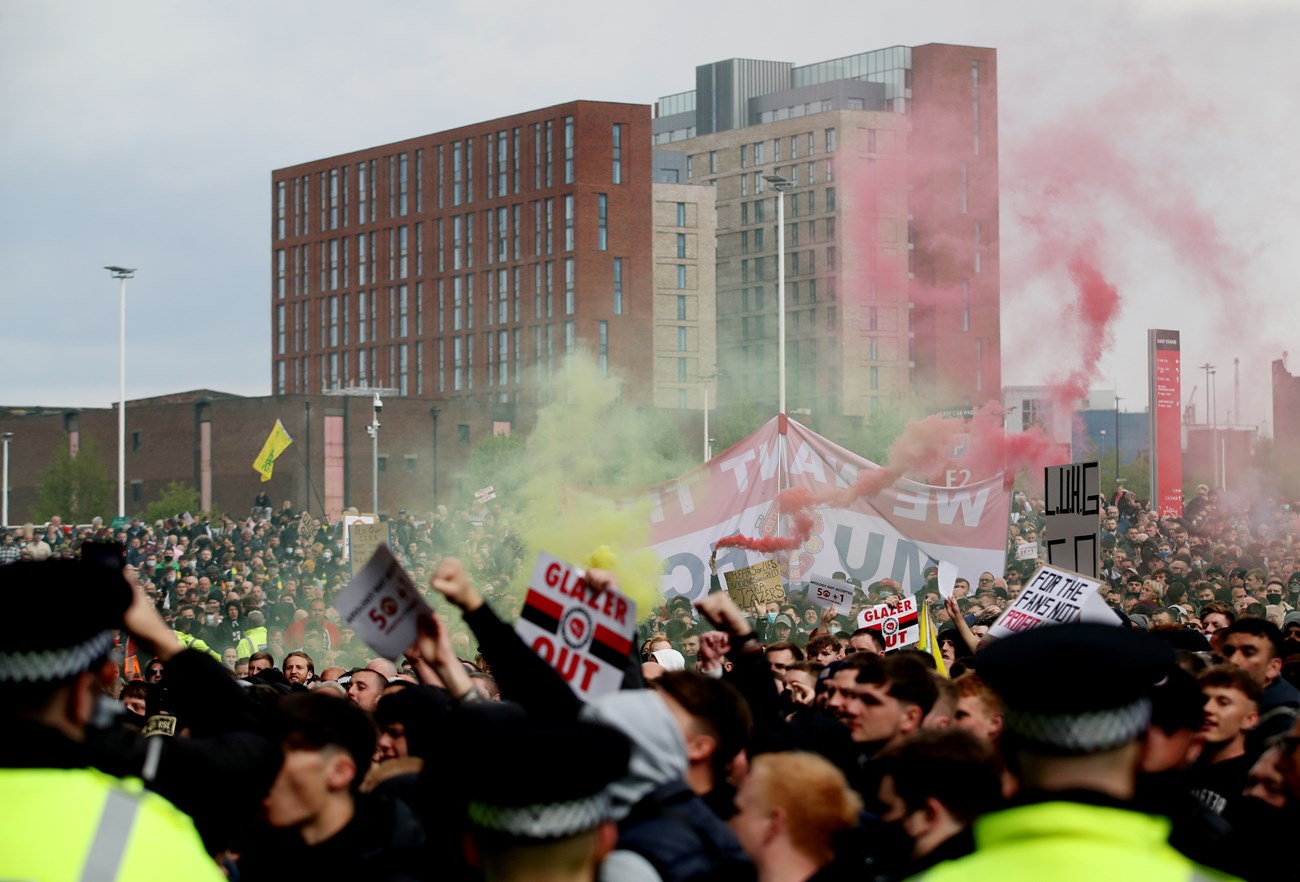 The Football Supporters’ Association supports strict measures against fans who storm stadiums in the English Premier League and Championship “Championship”, including the penalty of being prevented from entering the stadium automatically, in light of new measures to prevent the hostile behavior spread among the fans.

And the British news agency (PA Media) reported that many concerns had been raised about the safety of players in stadiums, after a series of incidents that accompanied the end of last season.

Fans who carry or use fireworks or smoke bombs will be automatically banned from entering the stadium from clubs, with clubs reporting violators to the police, while clubs will face stricter measures.

The Football Supporters’ Association supported the new measures, which will be worked on jointly by the FA, the Premier League and the “Championship” starting from the 2022-2023 season.

“The increase in anti-social behavior in stadiums, as we saw at the end of last season, was completely unacceptable and puts people’s safety at risk,” FA chief executive Mark Bullingham said in a statement on Monday.

“Together, English football will know new, tougher measures to send a clear message that no illegal or dangerous behavior will be tolerated.”

Nottingham Forest fan Robert Bigs was jailed in May for punching Sheffield United striker Billy Sharp during the Championship play-off matches, while Aston Villa goalkeeper Robin Olsen was attacked at Manchester City on the last day of last season.
In another incident, when the fans stormed the stadiums, Crystal Palace coach Patrick Vieira got into a fight with an Everton fan at Goodison Park.