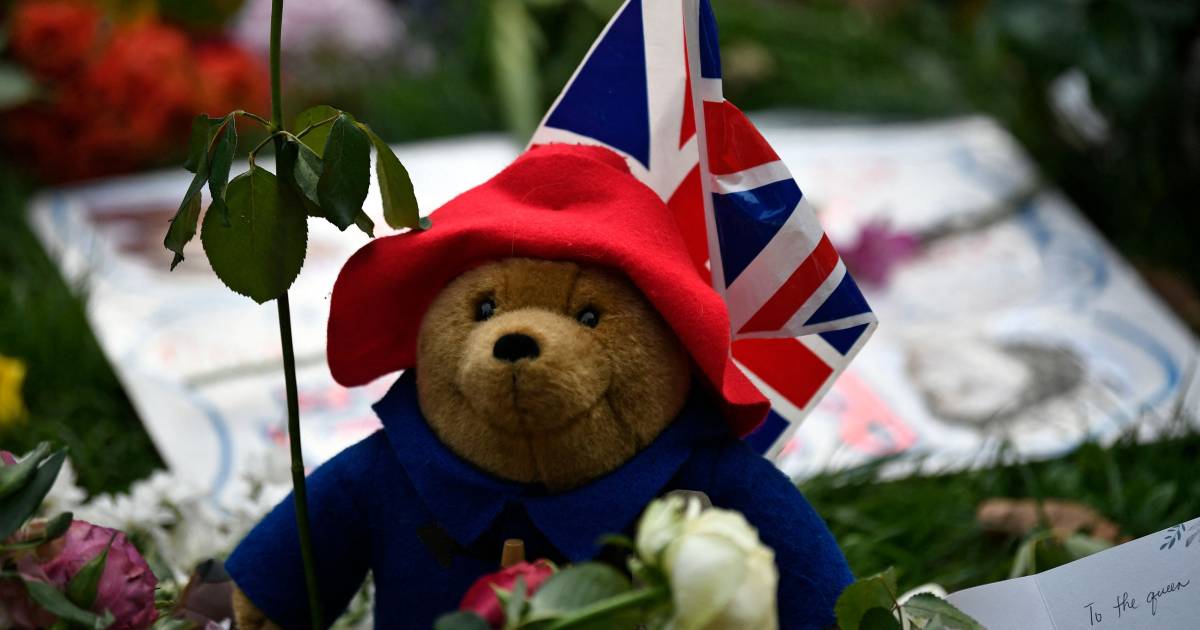 The managers of the parks at Buckingham Palace made a striking appeal this morning on the BBC. It is very nice when flowers are brought, but of Paddington bears and sandwiches with marmalade ‘there are enough’ now. Ever since Queen Elizabeth shot a video featuring the world-famous teddy bear to celebrate her 70th year on the throne, she seems to be forever connected with it.

Elizabeth played a scene earlier this year with the live-action variant of the well-known cartoon character. Paddington accidentally ruins the tea moment with the Queen, but makes up for it by offering her a marmalade sandwich from his red hat. Not necessary, it turns out. Because Elizabeth also has one in her bag, ‘for later’.

But it is especially the words of Paddington afterwards that struck Brits right in the heart. The teddy bear spoke the words that many compatriots had wanted to say to her: ,,Happy anniversary, Ma’am. And thank you… for everything.” “That’s very nice,” the queen responds.

Immediately after her death, the bear came back in several ways. For example in the form of a much copied drawing, in which Paddington and Elizabeth walk away hand in hand. A drawing that was already made during the anniversary party, but is now very appropriate.

But now the worship of Elizabeth in that form is getting a bit out of hand, the administrators of the park at the palace think. “Please, bring flowers,” the Royal Parks say a BBC reporter. “But for now there are enough Paddington bears and marmalade sandwiches.”

That is also from an environmental point of view. Helium balloons are also not appreciated, and those who bring flowers are asked to remove the plastic.

London meanwhile prepares for the arrival of millions of people to the city, who want to pay one last tribute to Elizabeth. From early evening Wednesday, people can walk past the coffin at Westminster Hall 24 hours a day for four days. For this, kilometers long queues are expected. Strict requirements are also imposed on the arrival of the many dignitaries who come to the state funeral on Monday, to ensure that everything runs smoothly.

Watch our videos about the death of Queen Elizabeth here: