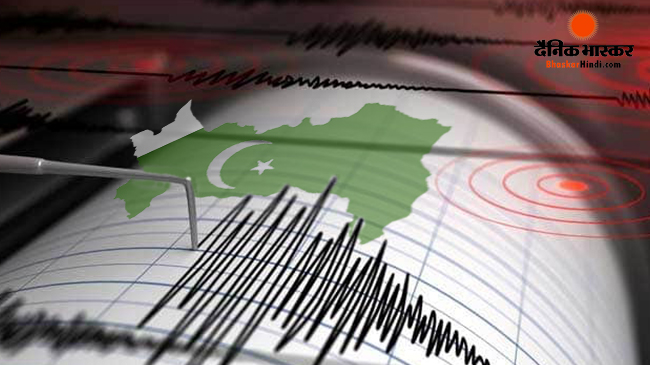 Digital Desk, New Delhi. Strong tremors of earthquake were felt in Harnei area of ​​Pakistan at 3 am on Thursday. Many people are feared dead in this. Also a large number of people have been injured. The magnitude of this earthquake has been estimated at 5.7 on the Richter scale. A huge amount of damage is being feared due to the earthquake.

#UPDATE Around 20 people have been killed and dozens seriously injured by a shallow earthquake in southern Pakistan.

Many of the victims died when roofs and walls collapsed after the 5.7 magnitude quake struck https://t.co/yILCtvhAWl pic.twitter.com/yrsAo0zg6k

On the Richter scale, such an intensity is considered severe, which has a high potential for damage. The earthquake occurred when everyone was sleeping. This morning earthquake caused a stir in the area. People who were sleeping comfortably tried to escape by coming out of the house. Disaster management officials say that the death toll is expected to increase further. Many houses were damaged by the earthquake. According to the news agency AFG, many people died due to the collapse of roofs and walls. The rescue operation is going on by the disaster management, the injured in the accident are being admitted to the hospital.

Previous articleYou may not want to upgrade it.. Steps to link the Apple Watch to a new iPhone
Next articleTepha Loza on meeting Melissa Loza’s youngest daughter: “I’m looking forward to that moment”